Yang Bing: blue and white porcelain blooming through the essence of life

As an internationally renowned blue and white porcelain artist, YANG Bing has a profound background in printmaking and sculpture, which have given her creations an endless source of vitality. In her decades of art and teaching career, Yang Bing has continuously challenged herself, pursuing the art fusion of tradition and innovation, looking for techniques that cannot only represent Jingdezhen’s culture, but also jump out of the traditional framework and bring modernity into art. 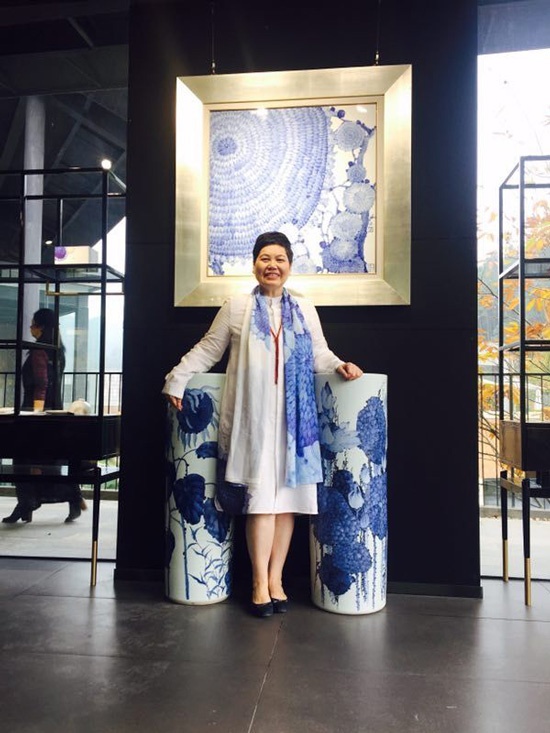 The black and white printmaking has brought Yang Bing much recognition, but she couldn’t find the characteristics of Jingdezhen in it. Therefore, she decided to explore different forms of art. Yang Bing's art, like the sunflowers on blue-and-white porcelain, eventually blossoms with fragrance and liveliness. Her exquisite works are admired by the public and the art world, not only because of her artistic innovation and achievements, but also because of the hidden messages behind her works: the gratitude for her homeland, the appreciation of nature and the life experiences that contribute to her open-mindedness.

Life is the origin of art

Yang Bing often draws inspirations from nature. "Art derives from life, and works should reflect the artists’ life experiences and thoughts," she said. People's perspectives of life are often influenced by the path they have taken.

For Yang, nature is her source of inspiration, which projects strong emotions. Through art, the image of nature becomes evident. In a series of blue and white porcelain artworks, the sunflowers can shine brightly under the sun, or bow their heads bashfully. Similar to human beings, every luscious flower has its unique character and shape.

Compared to peony and chrysanthemum, sunflowers are less presented in traditional art. During a trip to Europe, Yang Bing was astonished by the whole field of sunflowers. Every flower is the same size as a human’s face. The straight stems are associated with positivity. Yang Bing, who adores flowers, decides to explore sunflowers’ presentation on blue-and-white porcelain, and the rest is history. 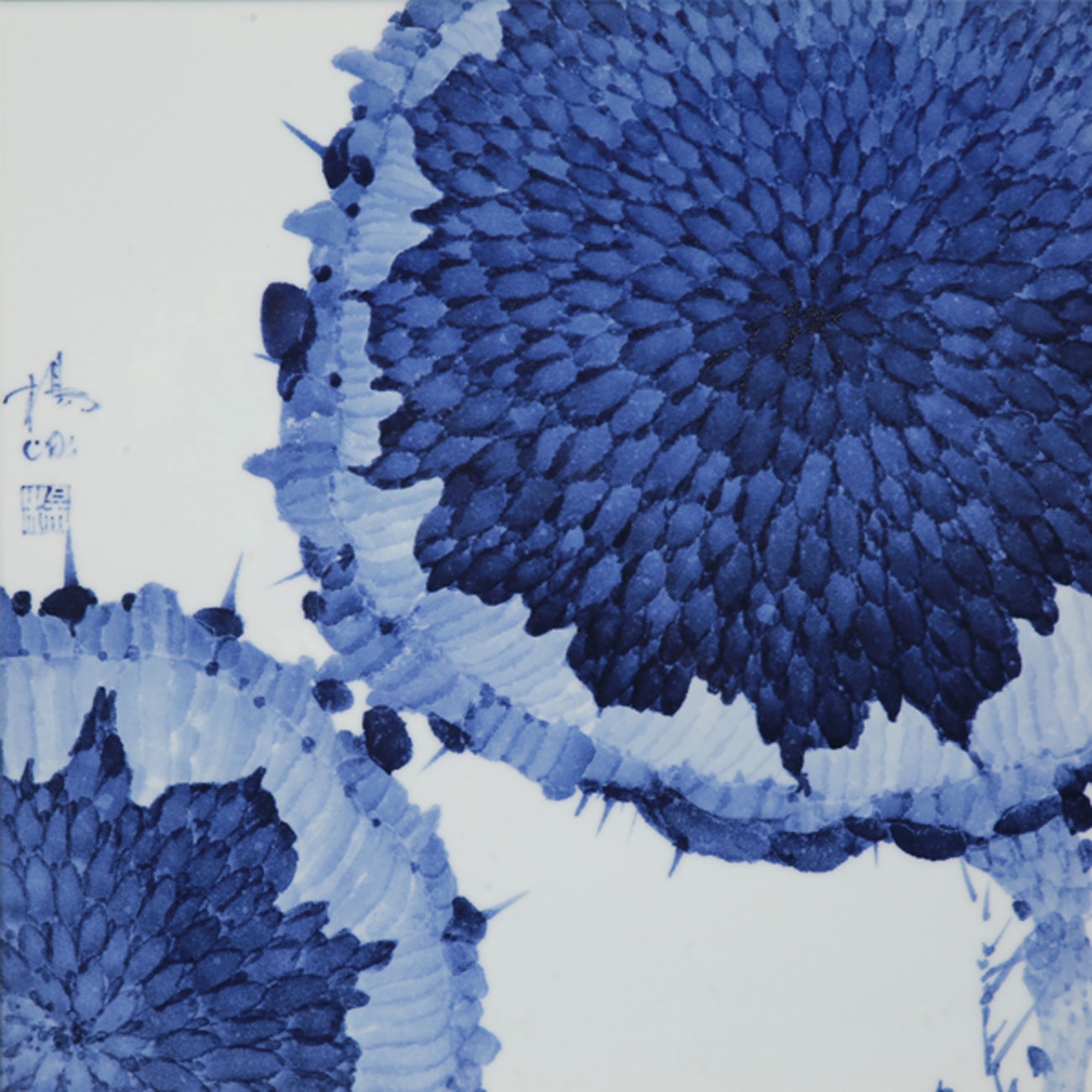 What built up to the well-acclaimed "Blue Sun" exhibition at Shanghai Art Expo in 2012 was years of experimentations on art forms. From flowers, leaves to branches, Yang Bing has explored the way to depict natural features more skillfully in her unique style. Yang’s early printmaking and sculpture background enabled her to skillfully use various elements, such as composition, colour, space, to show the tension of Sunflowers’ petals extension. The flexible take on composition gives sunflowers meanings beyond the paintings: two sunflowers closely leaning on each other can symbolise sincere emotions; budding flowers can symbolise family union and happiness.

“Her artworks are one of a kind, which break the restraints of traditional blue-and-white porcelain art.” Chen Jialing, the professor from the department of traditional Chinese Painting, School of Fine Arts, Shanghai University, praised Yang Bing’s accomplishment.

The reason why Yang Bing’s sunflowers are memorable and refreshing is because of their vitality images. It is when an artist devotes her emotions and life experiences into her works that the audience hears the endless dialogue between nature and art, from every leaf to petal. 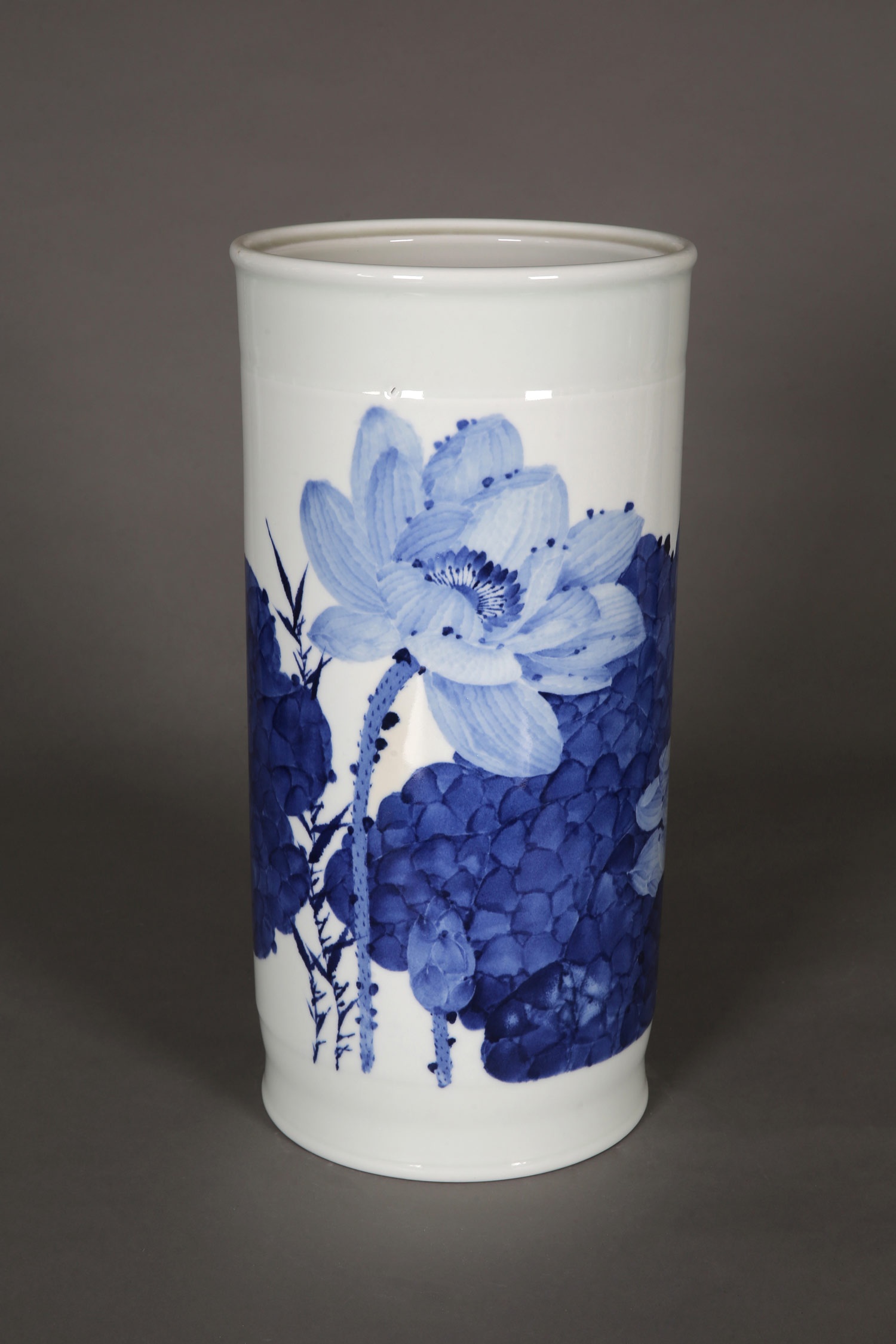 The innovation of blue and white porcelain

Jingdezhen’s porcelain art has been flourishing for more than a thousand years, attracting people from all over the world. Due to its openness and inclusiveness, Jingdezhen embraces innovation and globalisation, making porcelain art distinctive and dynamic. In recent years, with the promotion of universities and the government, many porcelain works have caught attention all around the world. For instance, Yang's works have been exhibited at Cambridge University and the United Nations Headquarters in France.

What attracted Yang Bing to engage in blue and white porcelain was precisely the Chinese traditional elements it contains. Although without rigorous training in this field, Yang, with rich experiences in printmaking and sculpture, has established her own style and characteristics. Her creative process is different from others because she is not limited by the existing framework. Freely exploring different elements, Yang successfully injected the vitality of nature into her works. While she created a new face for porcelain art, she began to think about how to incorporate the traditional blue and white porcelain drawings skills. Therefore, she acquired rendering skills and traditional folk craft and used traditional brush painting to present the modern point, line and surface composition. 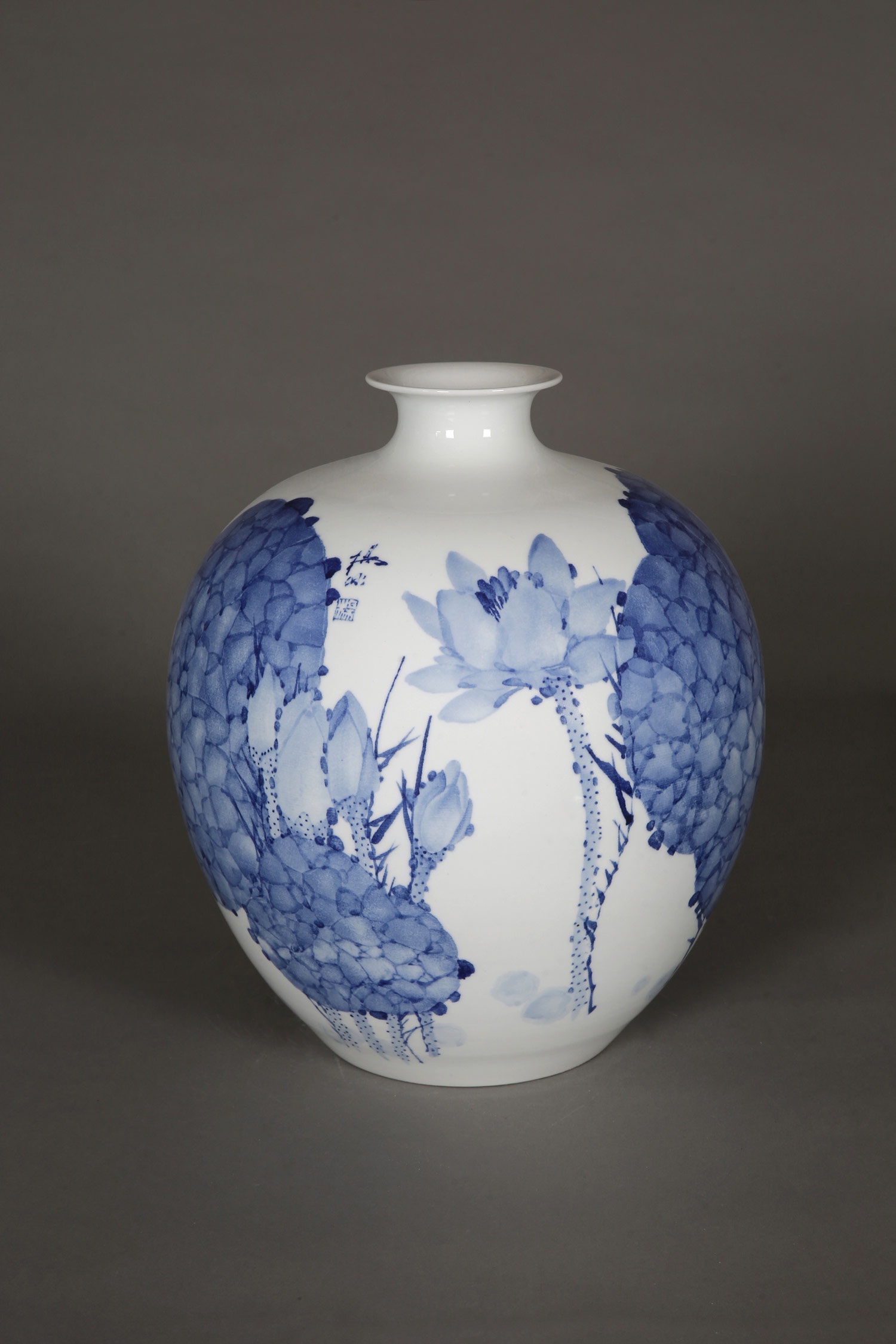 For Yang Bing, innovation doesn’t come easily. Breaking through the tradition is not enough; the innovation needs to bring out the characteristics of Jingdezhen. "Innovation comes from the artist's own connotation. Only when the artists start thinking how to use his specialisation can he bring tradition in line with modernisation.” Yang Bing said. 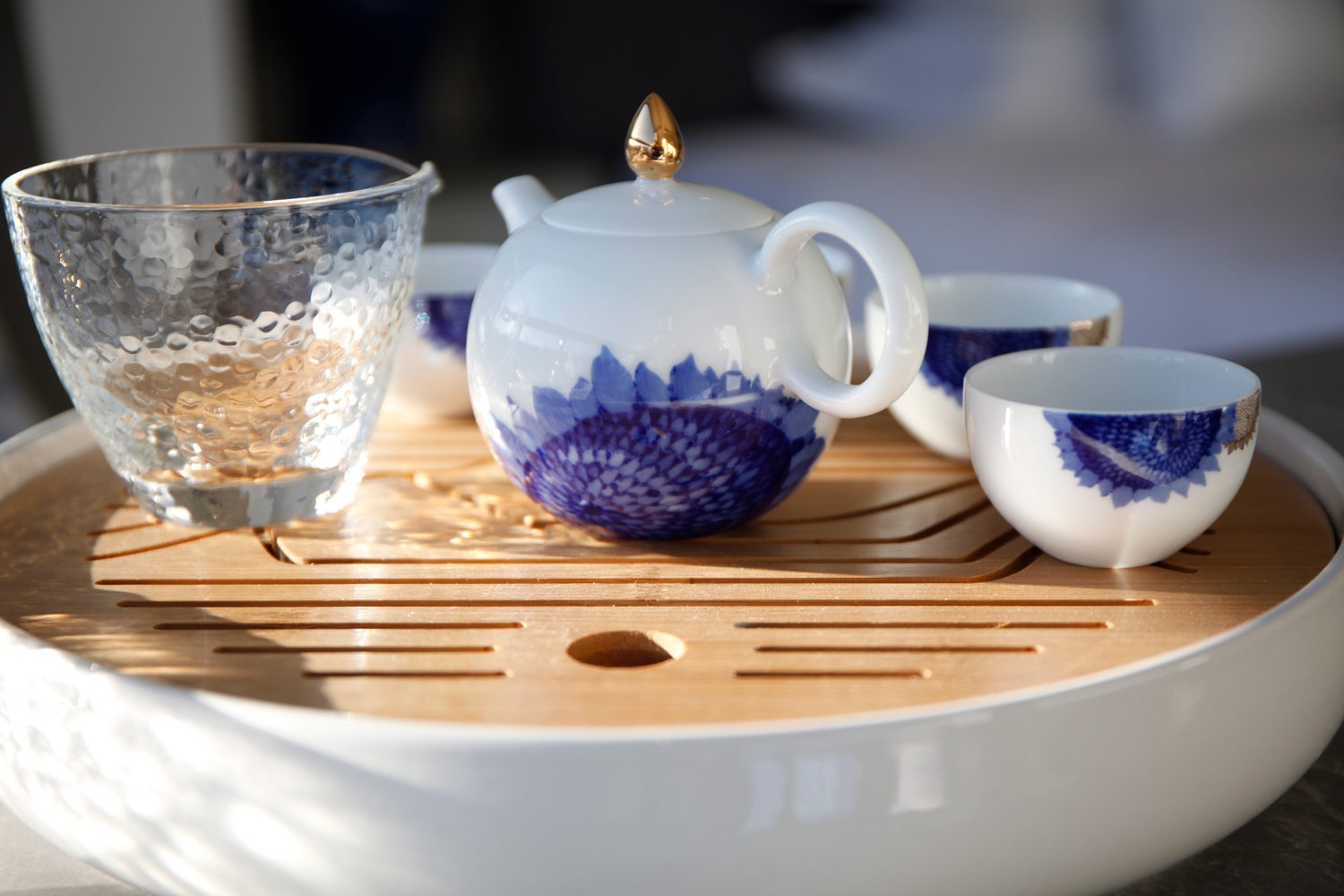 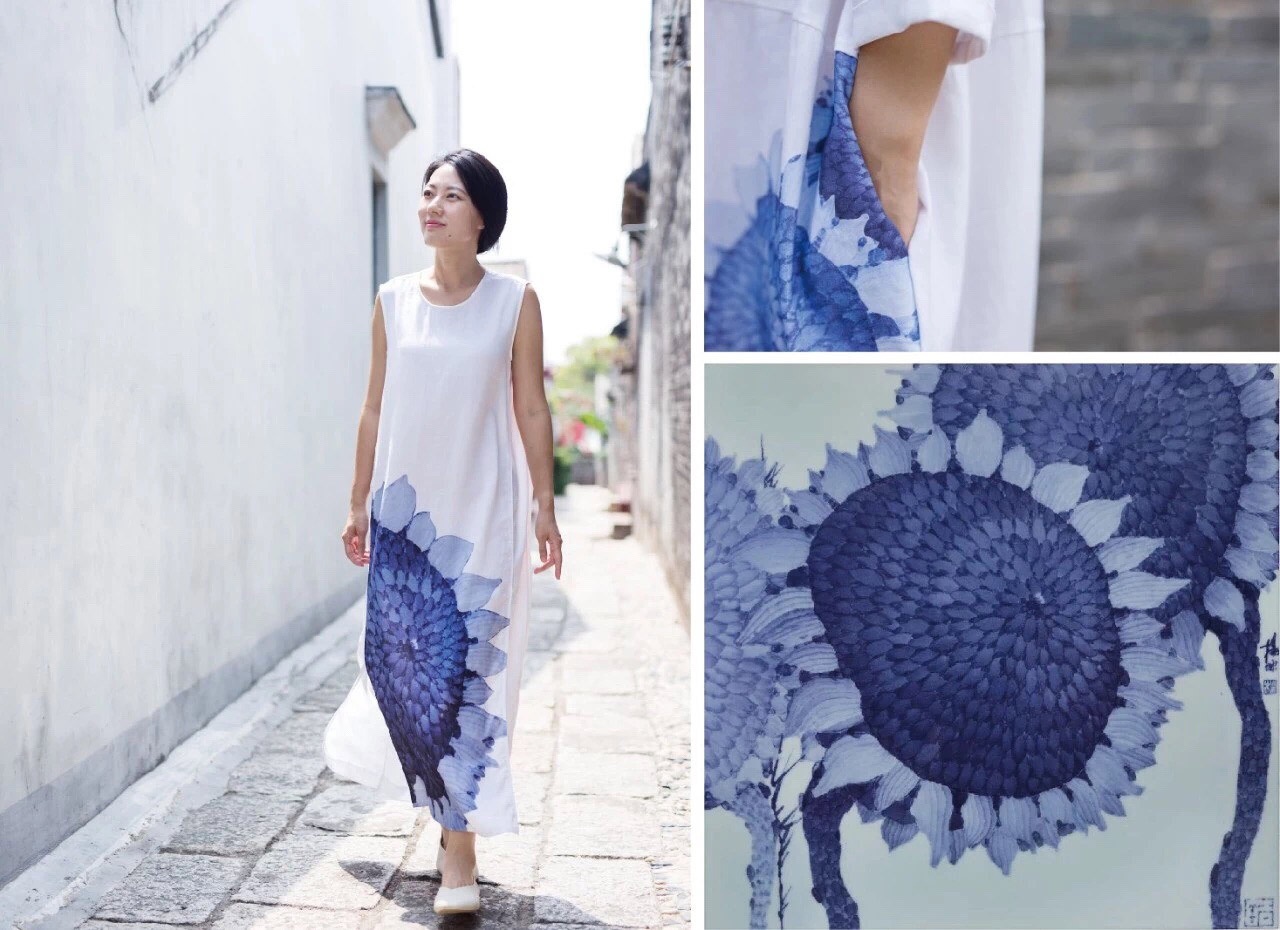 A long-lasting journey of art

"I don't think I'm a particularly gifted person, but I'm very focused on art, and I'll devote myself to it until I reach what I want to achieve.” Yang Bing modestly attributed her success in the exhibitions to the people who appreciate her artistic styles, which occupies a critical position in Yang's artistic journey.

Yang Bing's husband, Lu Jun, was experienced in painting and Jingdezhen’s traditional crafts before he passed away last year, and his children series has become his signature work. Yang Bing and her husband were not only classmates but also each other's mentors, supporting each other. "Without him, I would not have achieved what I have today.” Recalling the past, Yang Bing is full of gratitude and nostalgia, and Lu Jun 's personality of not pursuing fame has a profound impact on Yang Bing. Yang Bing does not pursue the commerciality, so she can devote her endless creativity to blue-and-white porcelain works. 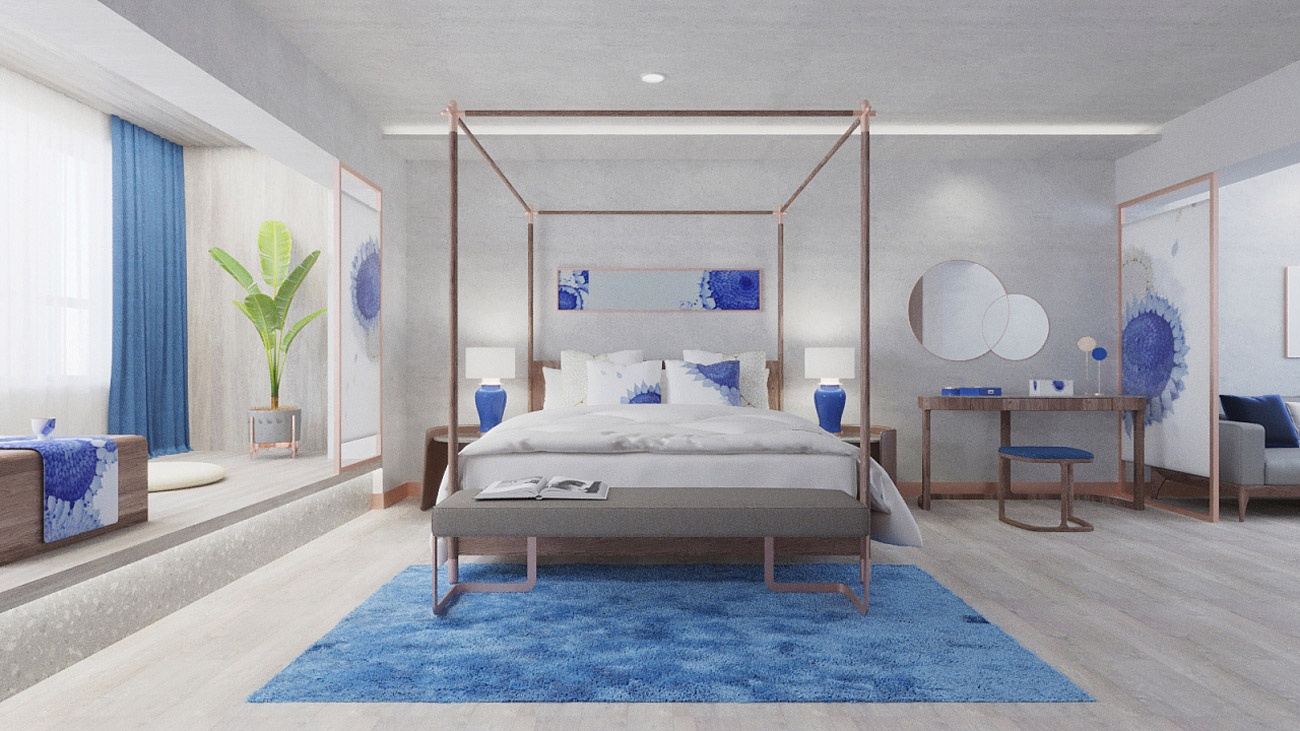 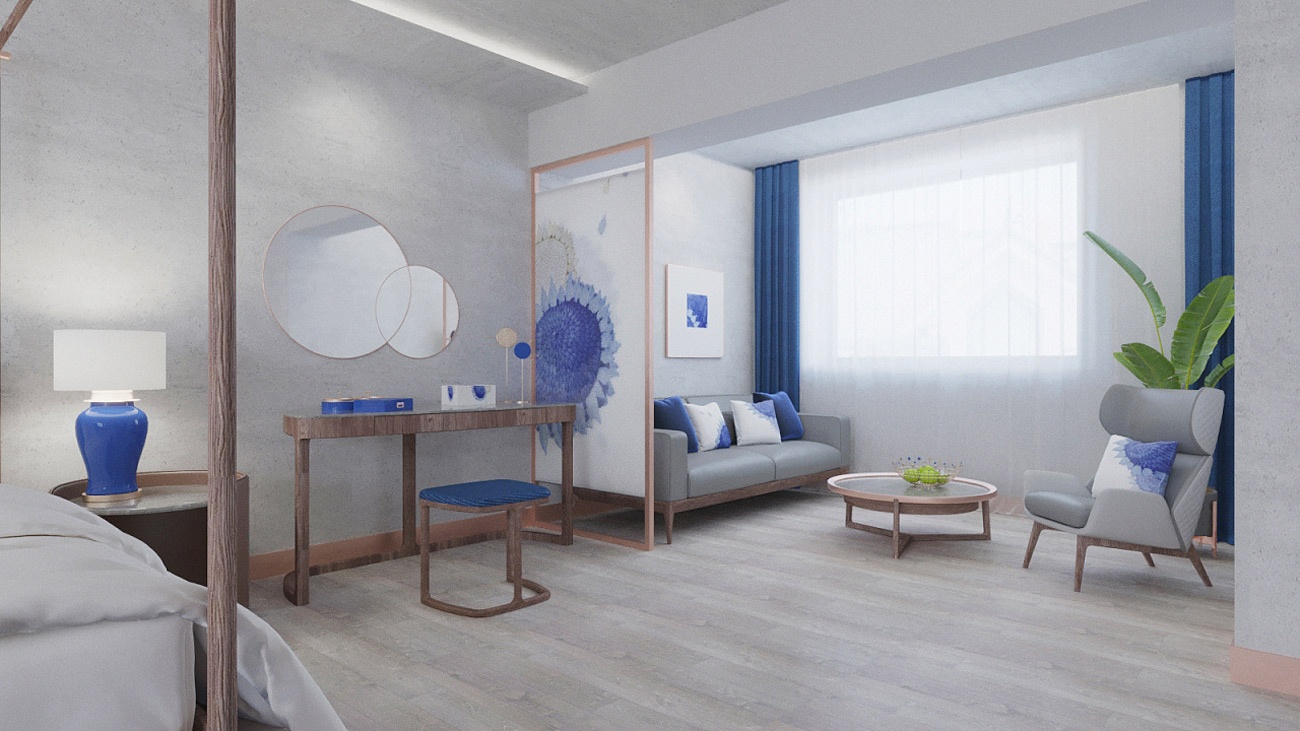 Yang Bing was the founding member of the Society of Female Ceramists in Jingdezhen, which has expanded to a nationwide organisation. The female artists support each other, meet regularly, and attend national and international occasions. Jingdezhen is no longer a term you see in historical documents, but a symbol of the integration of traditional art and global presence.

Nowadays, Yang devotes her passion into her art and life, like a long stream of fine water, forging with other aspiring artists along the way, becoming a strong and steady current that push forward the innovation and internationalisation of Jingdezhen’s blue and white porcelain art. 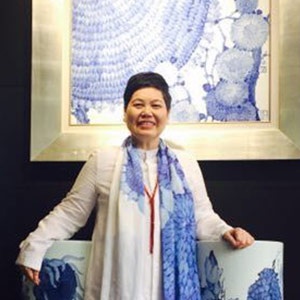