Interview with Jeff Dayu Shi: the bamboo furniture master who designs with kindness

Jeff Dayu Shi is probably one of the most influential Chinese designers nowadays. Coming from an international education background, he devotes himself to discovering an original design language that derives from the most authentic elements from Chinese culture, and using his favourite natural material: bamboo. Recently I interviewed the now Beijing-based designer via phone, trying to understand his unique design vision from different angles. 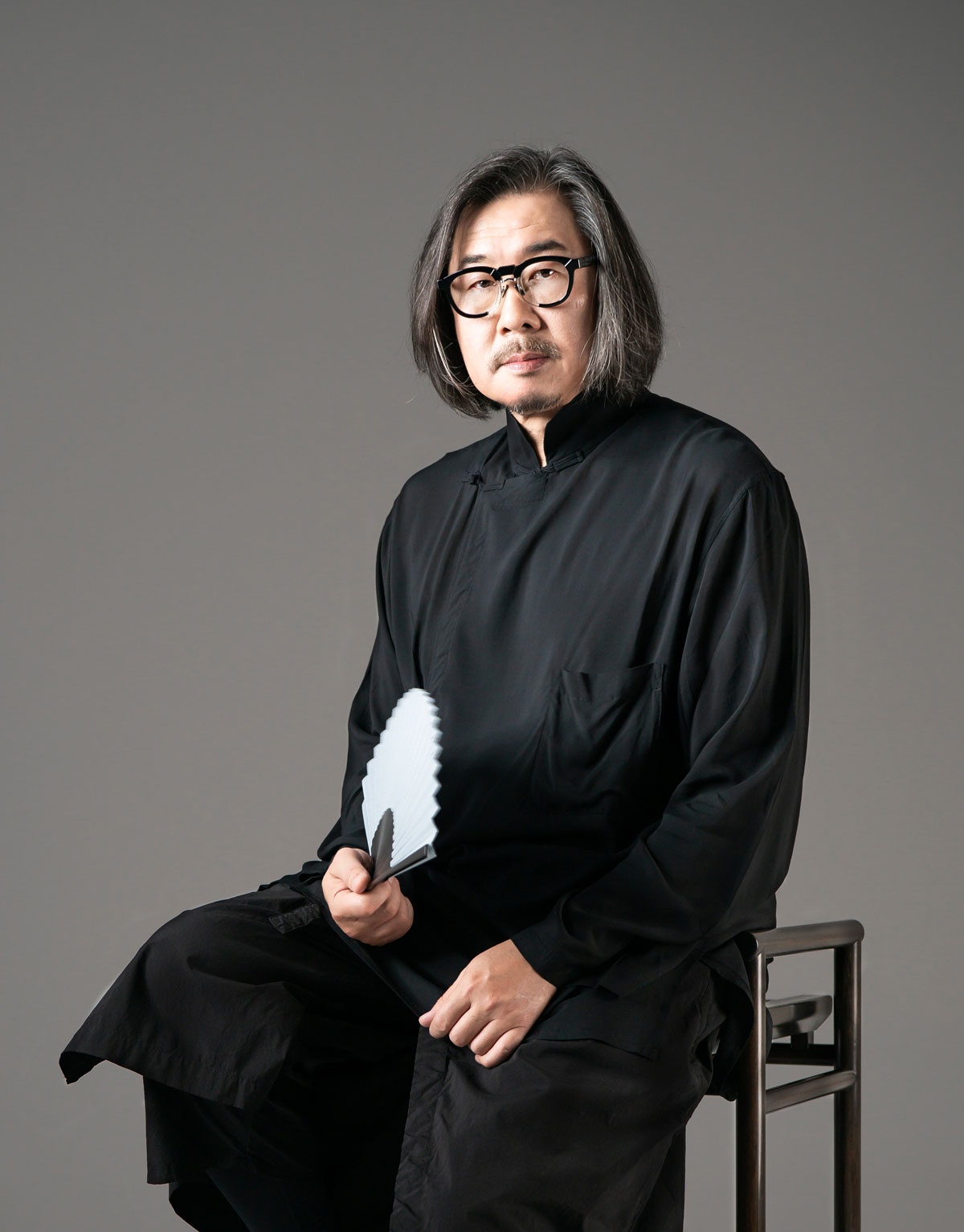 Shi’s well-known design journey started as a promising jewellery designer. After graduated from Fashion Institute of Technology, he worked as an in-house designer for the prestigious Harry Winston in New York and became the first Chinese winner of DeBeers Diamonds International Awards in 1996. I was wondering how Shi shifted from designing the glamorous ‘Western’ diamond jewellery to making relatively modest bamboo furniture.


‘I have to say, before I came to New York, I was completely drawn to American culture.’ Born in Taipei in 1964, Dayu Shi’s family was originally from Chongqing. When he grew up, Taiwan was completely isolated from mainland China, but the parenting was very much the same. Shi had to recite Tang dynasty poems, follow Confucian ethic, plus he was baptised as a Catholic. So many rules that he needed to follow made the American hippie culture so attractive to him. He started to listen to rock music, wanting to get away from this island full of discipline and pursue freedom.


The chance came when Shi decided to study jewellery design in the US after seeing an exhibition about ‘Art Jewellery’ in Taipei National Museum of History that deeply impressed him. In 1986, he finally arrived in New York, ‘I thought I was a rebellious ‘outsider’ in Taiwan that didn’t want to obey the mainstream values, but when I was in NYC, I was totally overwhelmed by the feeling of ‘freedom’. It’s like nobody would even care if you laid dead on the street.’ The dramatic change of environment gave Shi a hard time to adapt, and he spent most of his time in studying. 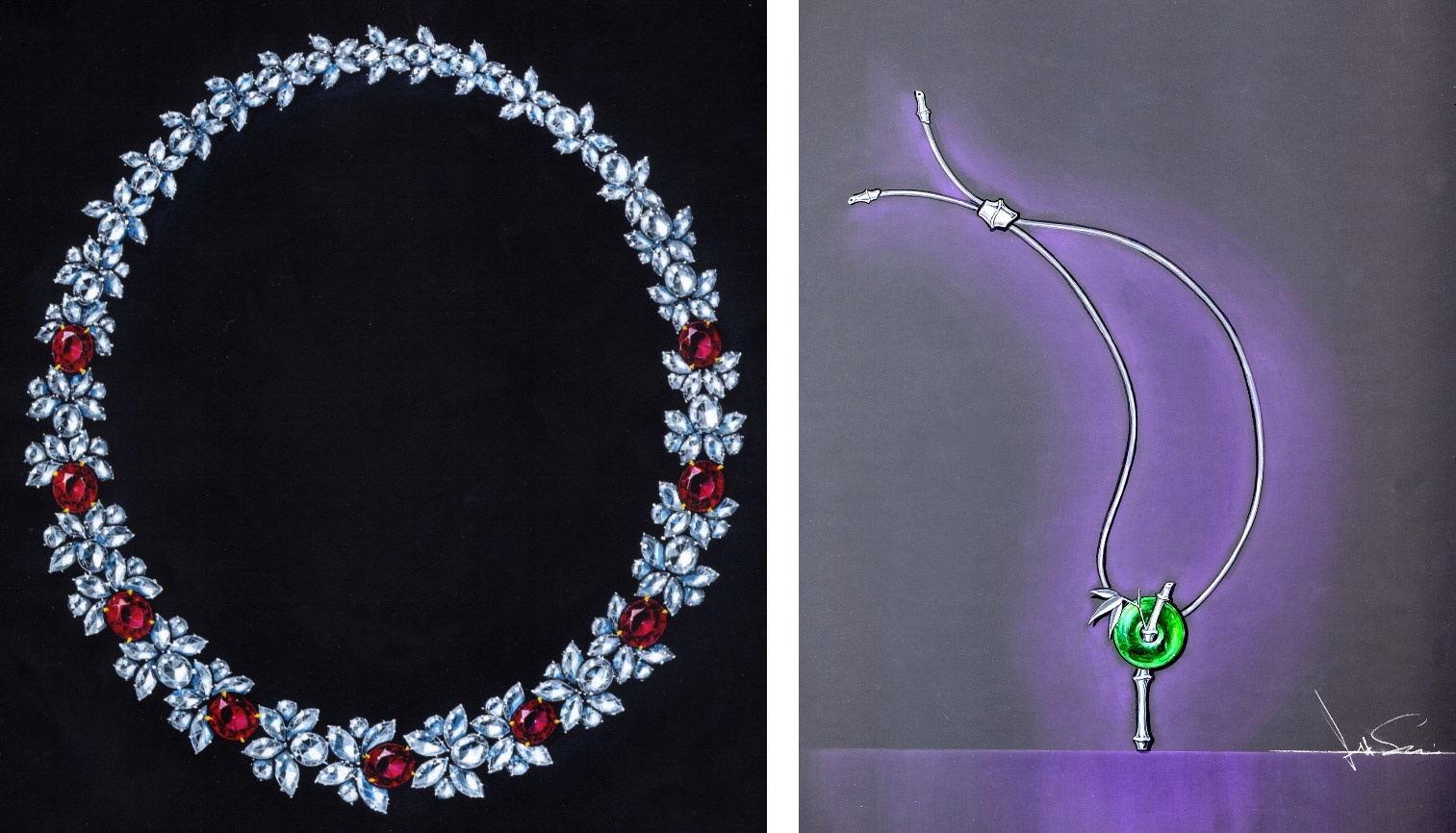 Shi said studying hard was not just to minimise the impact of cultural shock, but also to prove his ability as a Chinese student. As a result of different education background and personality, he found it very difficult to catch up with American peers in terms of expressing ideas via speaking, but he was much better in making things by hand than them. He did not want others to look down on him, so he pushed himself hard on the study, and at the same time tried to integrate into the American culture. ‘It was a difficult and not very comfortable task.’


Perhaps it was the ‘uncomfortable’ experience Shi had abroad that made him particularly cherish his innate Chinese ‘cultural gene’ now. The experience not only provoked the strong emotional feelings related to his cultural identity but also allowed him to understand the Western culture in depth.

In 1996, Dayu Shi left New York and founded Dragonfly Design Gallery, a design lifestyle brand, in Taipei. Impressed by an exhibition in MoMa named 'Mutant Materials in Contemporary Design’, Shi decided to introduce the best new designers around the world to Taiwan who used unconventional materials, which included the now successful Marc Newson.


However, Shi soon realised a problem: ‘When we travelled to Britain, America, France, Germany, Italy, we can clearly see that each country has a unique design style derived from its cultural genes. After 2000, I started to see Japanese design become very interesting, also with strong, unique cultural elements. But I couldn’t find the ‘Chinese design’ that has the same trait, not in mainland China, Taiwan, Hong Kong, even Singapore. I couldn’t identify a unique style for Chinese contemporary designers. We seemed to be influenced heavily by the West, and lost confidence in our own culture.’


Ever since Shi’s realisation, he devoted himself to discovering a unique design view from Chinese culture. Dragonfly Design Gallery was like a school Shi made for himself; through the exploration of global designs, he had a deeper understanding of designs and cultures. 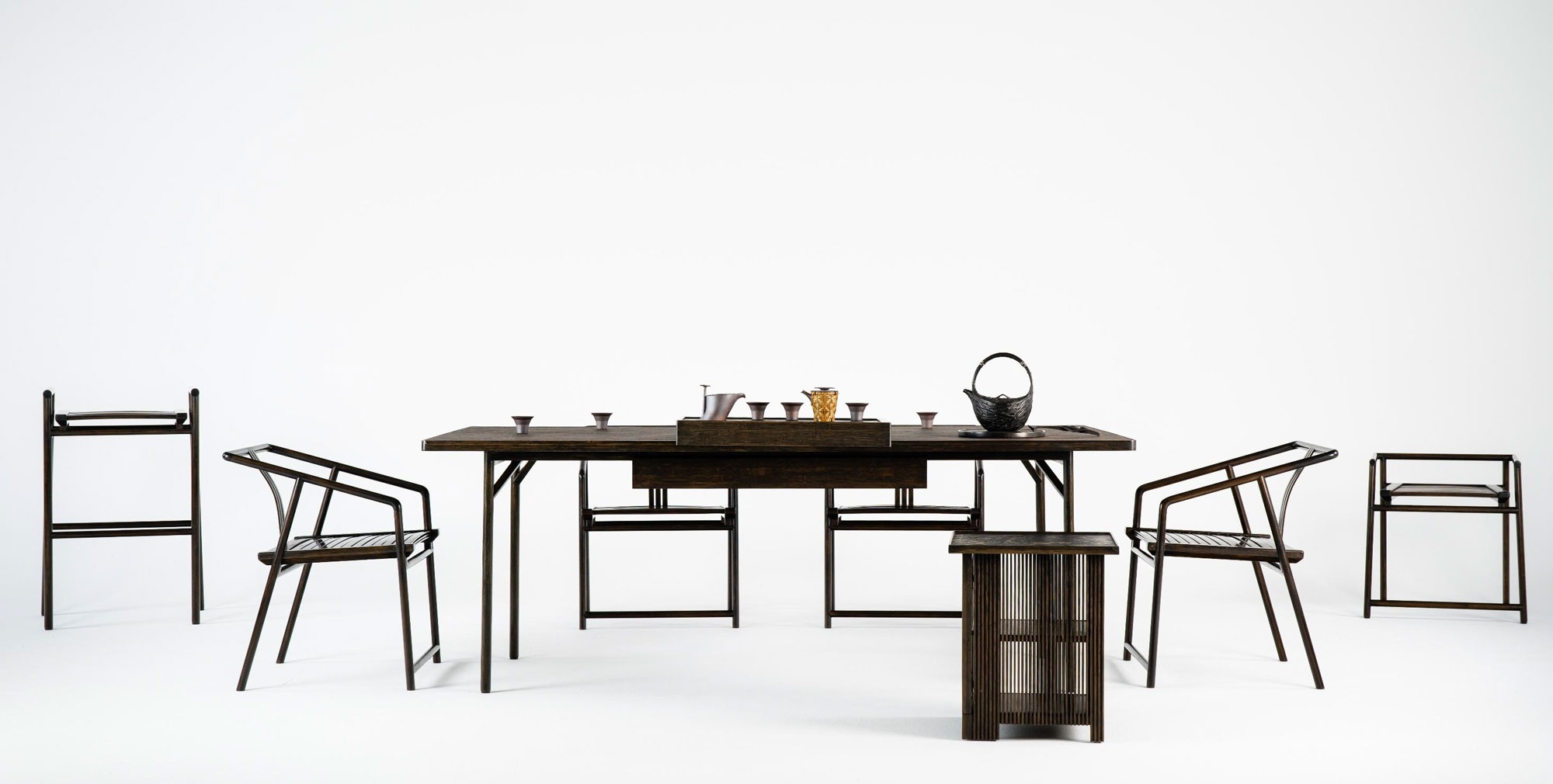 In 2007, Dayu Shi was commissioned for a project  by the government, ‘Craft Fashion’, which later changed its name to ‘YII Plan’. The project aimed to innovate traditional crafts in Taiwan. As the Creative Director of YII, Shi undertook numerous field research in Taiwan to visit the artisans. Through the process, he found out a very special thing in Taiwan: bamboo. Bamboo did not grow in the West, so no crafts related to bamboo existed there. To him, this is such an important finding: a special material grows from a piece of land, and if it is valuable to the local people, naturally there will be craft techniques coming from the deep understanding of the material, and then contemporary design will be born from people’s needs. Shi thought, ‘this is the cultural genes for design I have been finding!’


Tiangong Kaiwu (or The Exploitation of the Works of Nature), originally from the namesake Chinese encyclopaedia compiled by Song Yingxing in 1637, was a concept Dayu Shi particularly liked. It showed how ancient Chinese people transformed natural resources into production methods with wisdom. For example, there was nothing special about the silkworms and mulberries in nature, but through observation, the ancients found out that the silkworms spin cocoons after eating mulberry leaves, so they reversed the process to obtain silk and then came the textile techniques, and fabrics. In awe of nature, using the resources reasonably and smartly is the way of sustainable development for the future. Shi said: ‘Design is different from art - it needs introspection. We as designers should have a sense of responsibility for the future. I love bamboo because it is environmentally friendly. I won’t feel ashamed of using it for my designs. Also, I design furniture because they can be used for a very long time.’ 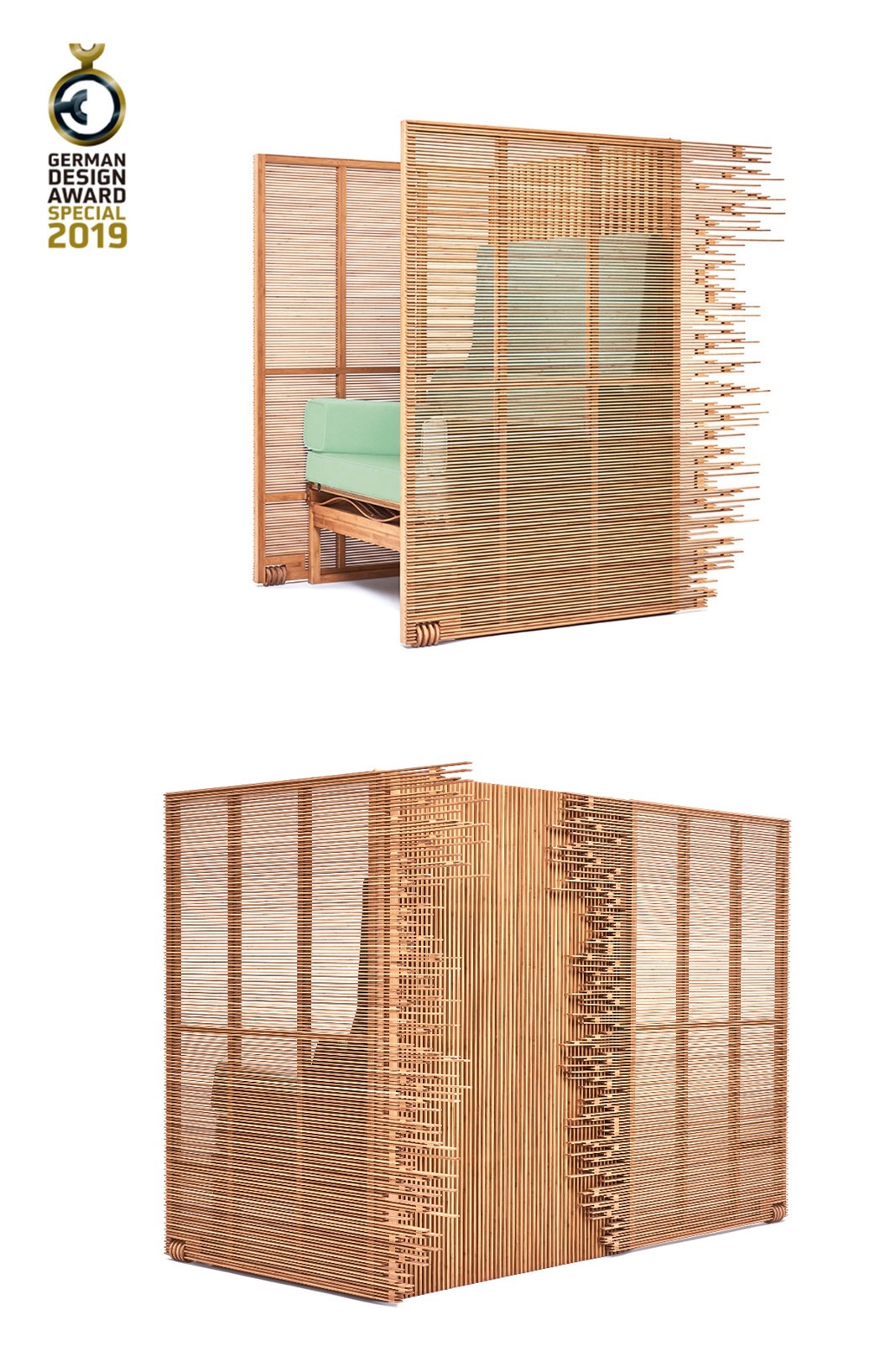 Although bamboo is not special in south China and has been widely used as an alternative of wood by big international manufacturers, the bamboo material Shi uses is different from any of the usual ones in the market. The way he treats the bamboo makes them become luxuries, just like in the eyes of the ancient Chinese literati. The secret of it all is ‘time’. Shi only chooses at least 4 to 6 years old bamboo that can only be acquired from a farmer in Taiwan, then the strict procedure is followed: boiling, carbonising, drying, shrinking, straightening, and finally being put in well-ventilated space for at least 2 years. So the whole process of material preparation for Shi takes at least 10 years. This way the bamboo will be stabilised and will not crack under changing weather conditions while keeping its natural forms. 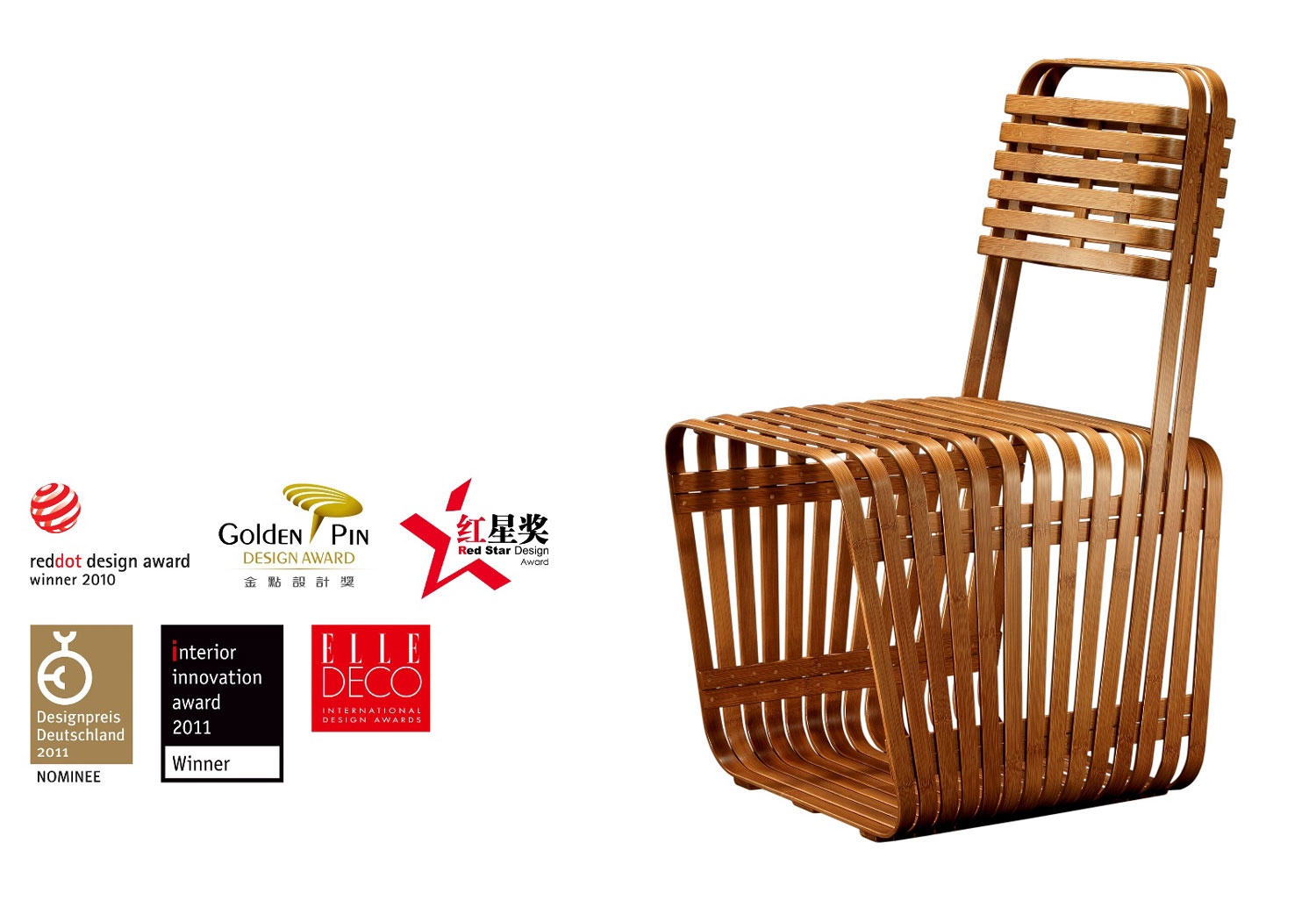 Dayu Shi thinks that only natural bamboo that has passed the test of time, can totally show the special qualities of bamboo: rigidness, flexibility and resilience. All the unique shapes, joints and structures in his works have been based on the throughout understanding of bamboo fibres and follow the function first. The bamboo architecture project Shi did back in 2010 invited by ‘Omni-Dimensional Design in China’ at Beijing Center for the Arts, showed the magical qualities of bamboo perfectly, as the bamboo house was made to be quake-proof. It is said that traditional bamboo houses are better than modern houses in the circumstances of earthquakes. Moreover, his clever idea of ‘LED-Bamboo’, which is a new energy-saving construction material combining LED with bamboo flooring, has won him Reddot (2011) and iF (2012) design awards.

One of Dayu Shi’s classic works, ‘Yi Bashi (Chair Bashi)’, paid homage to Le Corbusier’s LC4 chaise, and with the innovative usage of thin bamboo slats that exploits the flexibility of bamboo material, the chair is as comfortable as sitting on a cushion. He also developed a unique low-tech ‘weight brake mechanism’ inspired by the disc brake in motor vehicles. When a person is lying down on the chair, the mechanism is completely clamped by the forces of gravity and friction, so the seat recline angle is held stationary. On the other hand, when there is no weight on the chair, the user can adjust its recline angle with ease.

If you know Dayu Shi’s design history and the relationship between jewellery-making and design, you won’t be too surprised by how he can always come up with all these original engineering ideas in his furniture design. The early training he received as a jeweller, has followed the traditional path that has extremely high requirements for hand-making skills. The goldsmiths and silversmiths in the past had been designing and making all the ‘lifestyle products’ for the Western aristocrats, long before the modern categories of jewellery or product design appeared. This taught him the ability to make anything out of a piece of material, not just the body ornaments, but also functional products for everyday use with self-developing techniques.


Under this type of learning, Shi respects artisans and good craftsmanship more than anyone. Since the YII project, he has been fostering the collaboration between designers and craftsmen, as well as working closely with craftsmen himself. After a few years of the project, extraordinary sparks were struck off each other: the designers understood the craftsmanship and natural materials, and the craftsmen became ‘designer-makers’. Shi said, ‘We always emphasise on the inheritance of craftsmanship, while the so-called traditional crafts were actually the most avant-garde contemporary design in their era. When we want to adopt the traditional craft techniques or materials, our design has to meet people’s needs now. In this way, our design will make traditional crafts popular again, and not just belong to museums.’ Therefore in Shi’s works, you can sense the coherent taste of Chinese culture merged perfectly with modern daily life. A beautiful example is the ‘Ping Cha (Screen)’, in collaboration with famous bamboo-weaving artisan Jinduan Qiu. Chinese tea culture has been closely related to bamboo, as most of the tools for producing tea are made in bamboo, which inspired many of Shi’s designs. When Shi visited Wuyi Mountains, he saw some attractive bamboo-plaiting patterns for the first time. After hearing the explanation by the curator of the tea museum, Shi was more amazed. Originally, these special bamboo weaves were used to make the twisting sieve for the top-quality Wuyi rock tea to be hand-twisted on the different surface textures. ‘This is the most beautiful part of the story. Not just having a pretty appearance, the bamboo weavings were created purely for their function, and subsequently created the remarkable tea culture. A good design can result in amazing things achieved by its function, and I think this is the true beauty of design.’ Shi said.

Seven types of bamboo weaving were applied in ‘Ping Cha’, which are all commonly used in traditional daily objects in China

Dayu Shi believed that ‘questions are the mother of creativity’, to come up with a good idea is to be able to ask good questions. Throughout the interview, he kept emphasising on the importance of respecting the nature, and how we should ask good questions with humbleness and wisdom in order to create good designs that respect people, nature, and with aesthetics. ‘Kindness is the most important quality in design,’ he said. Let us look forward to seeing more good Chinese designs that follow his ‘kind design’ philosophy in the future. 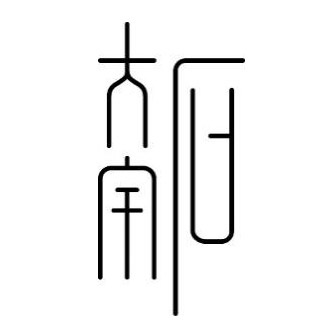