Tower House is a Grade II listed house in Islington, London that has been renovated and extended by Dominic McKenzie Architects. It was awarded ‘Best Historic Intervention’ in ‘Don't Move, Improve!’ 2019 by New London Architecture. 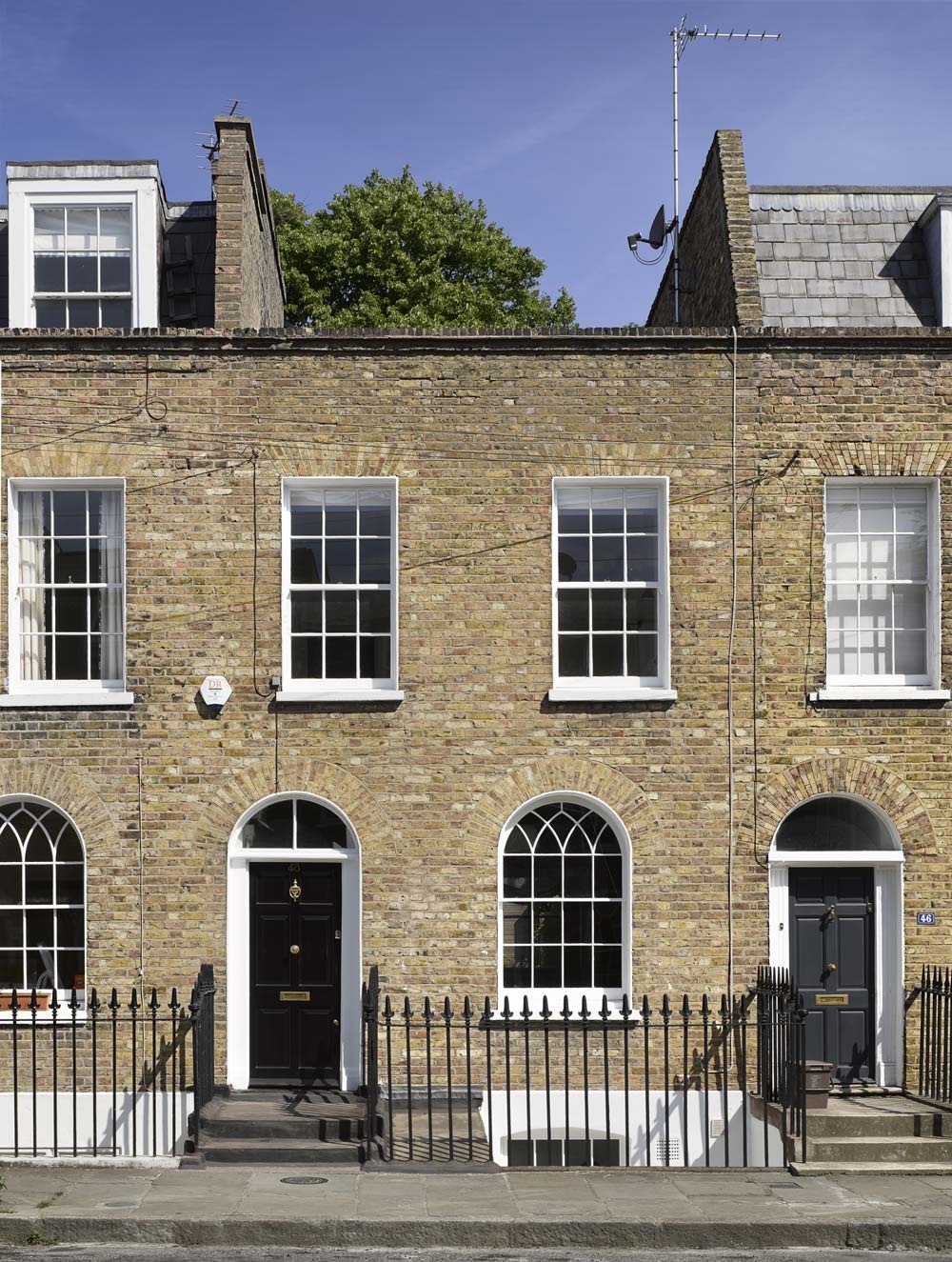 The original house was constructed in the 1830s and had previously been extended to the rear in the 1980s. This previous addition was poorly insulated and contained the house’s only bathroom – located a full storey below the bedrooms.

The new 2½ storey rear extension, which replaces the 1980s extension, creates a slender tower at the back of the house – giving the project its name. This vertical element was inspired by the towers constructed by competing merchants in the Italian hill town of San Gimignano. 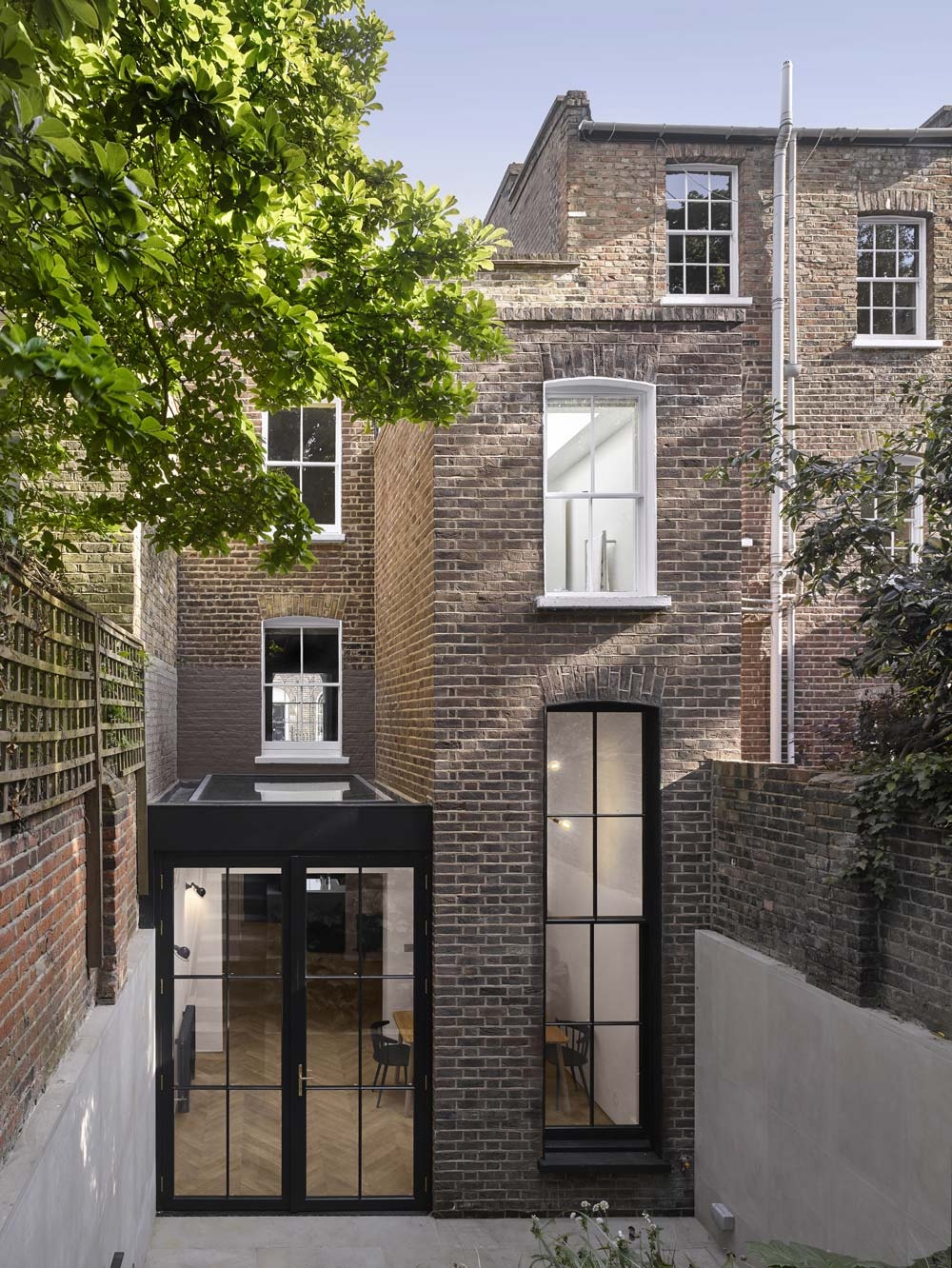 The upper part of the tower contains a new bathroom which is now located in much closer proximity to the bedrooms. Beneath the bathroom a dramatic new 1½ storey space is created which contains the lower ground floor dining room. This is discovered on arrival via a new balcony from the existing staircase half-landing. 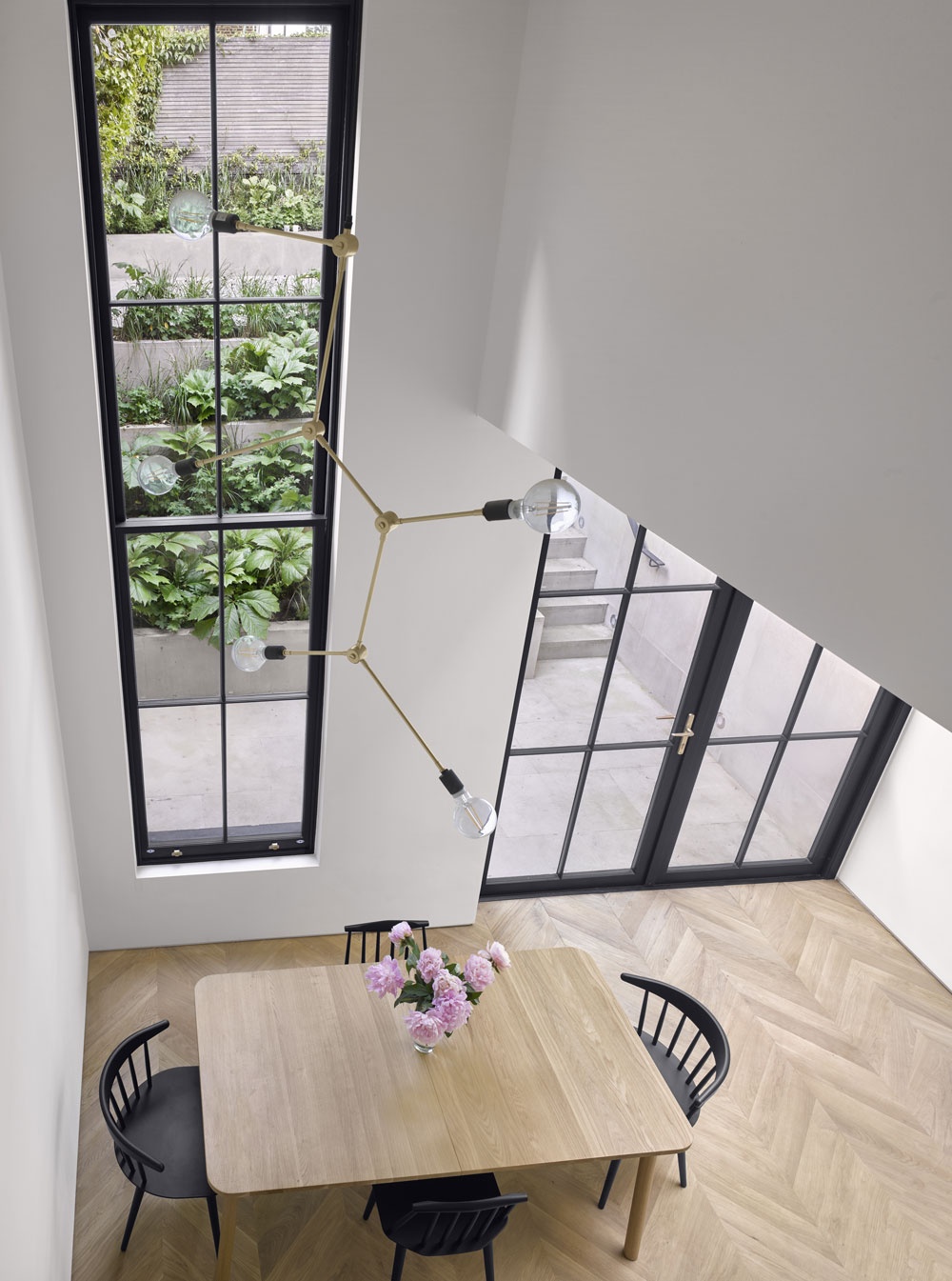 To the rear of the dining room, a new timber sash window echoes the retained sash window at the rear of the bathroom, but is considerably taller (3.5m). Similarly the two timber French doors adjacent are 3m high. These large glazed elements produce a playful, unexpected shift in scale on entry to the lower ground floor and garden. 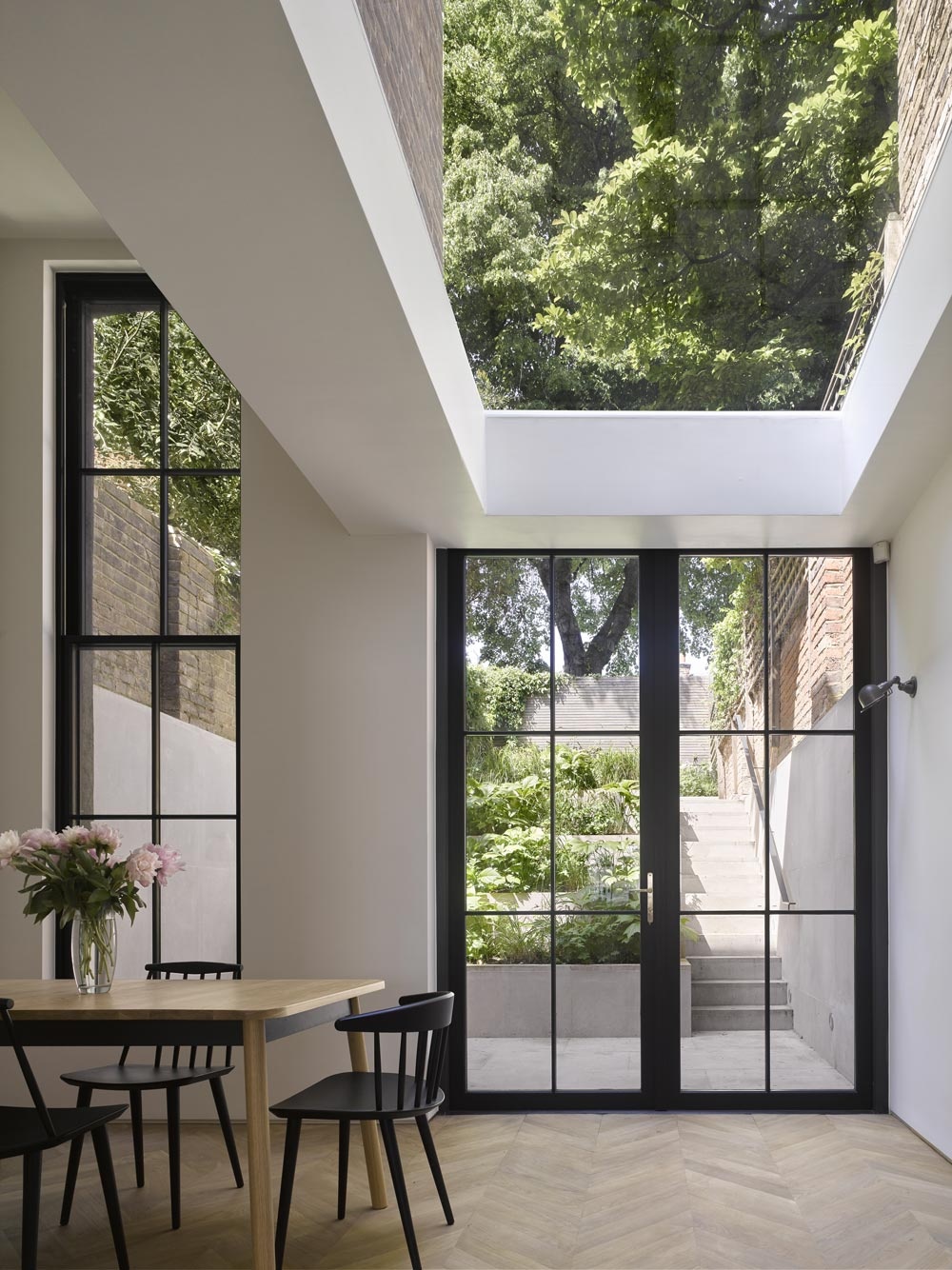 Within the main house the original period details have been retained and carefully restored. Painted timberwork was stripped back and repainted. A new Carrara marble fireplace was added to the ground floor front room, the detail of which matches those commonly found in the local area. 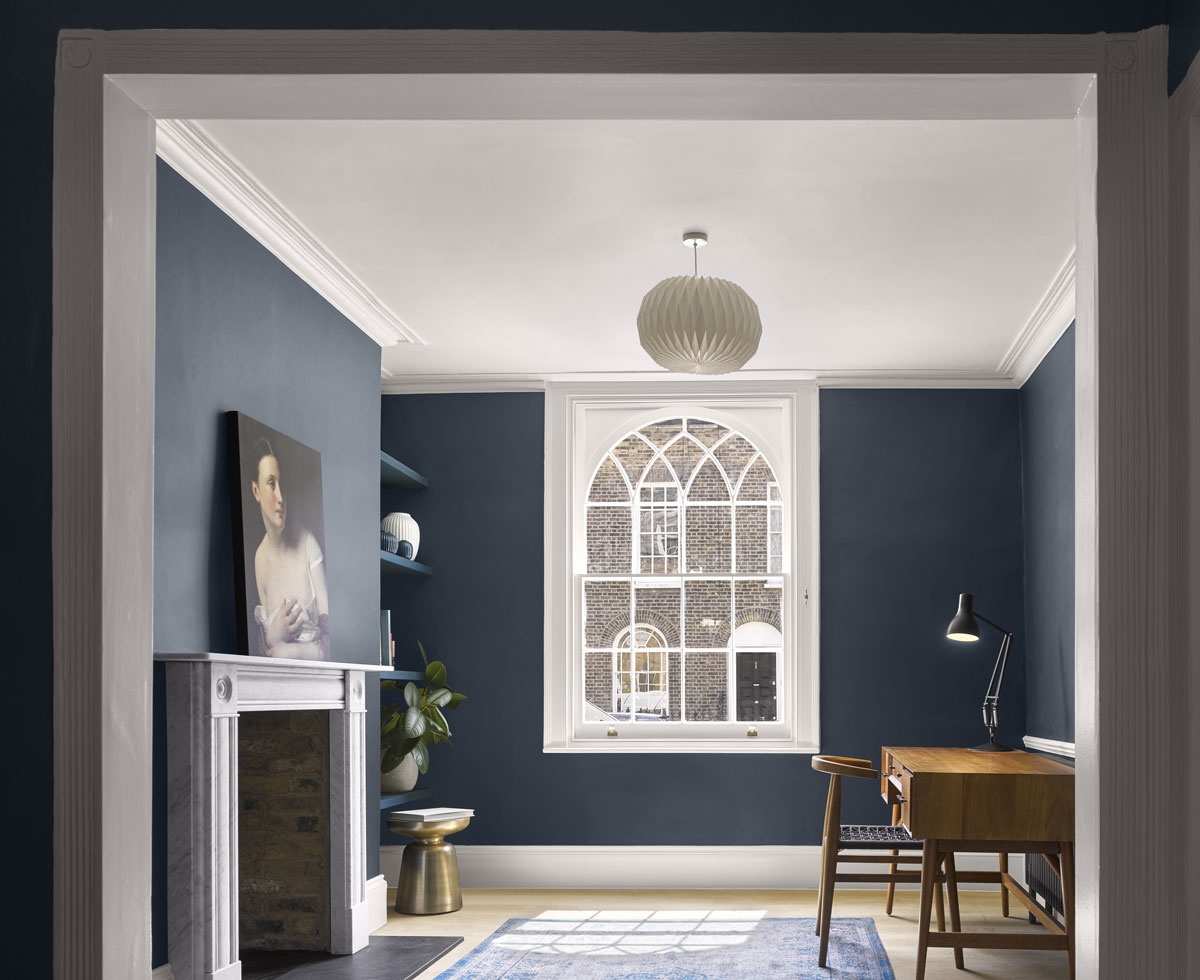 The bespoke lower ground floor kitchen and master bedroom storage, was created by a specialist joiner to DMA’s design. The kitchen units are finished in a sprayed finish to match Farrow and Ball’s ‘Hague Blue’. Internally the units have an exposed oak finish. Oak is also used for the timber floors throughout, with a more traditional board finish used on the upper floors and a herringbone pattern for the lower ground level. 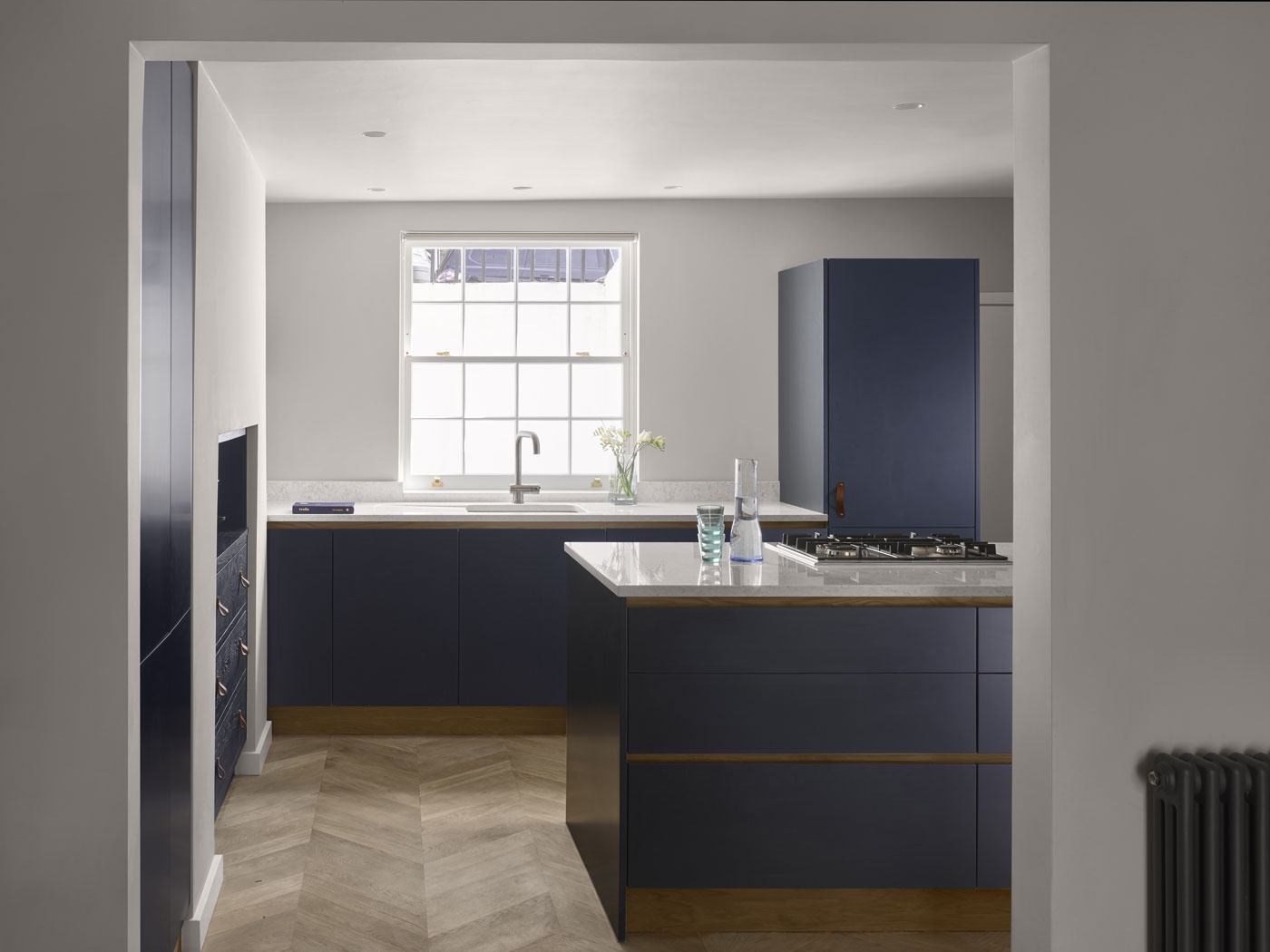 The remodelled rear garden comprises a series of planted terraces which step down towards the lower ground floor level from the original rear garden level. A large portion of the existing garden was excavated to achieve this, allowing the lower ground to be fully connected with the garden – previously the basement dining room looked in to a drainage gully. The terraces, steps and patio and lower garden walls are clad in York stone to materially unify the garden. 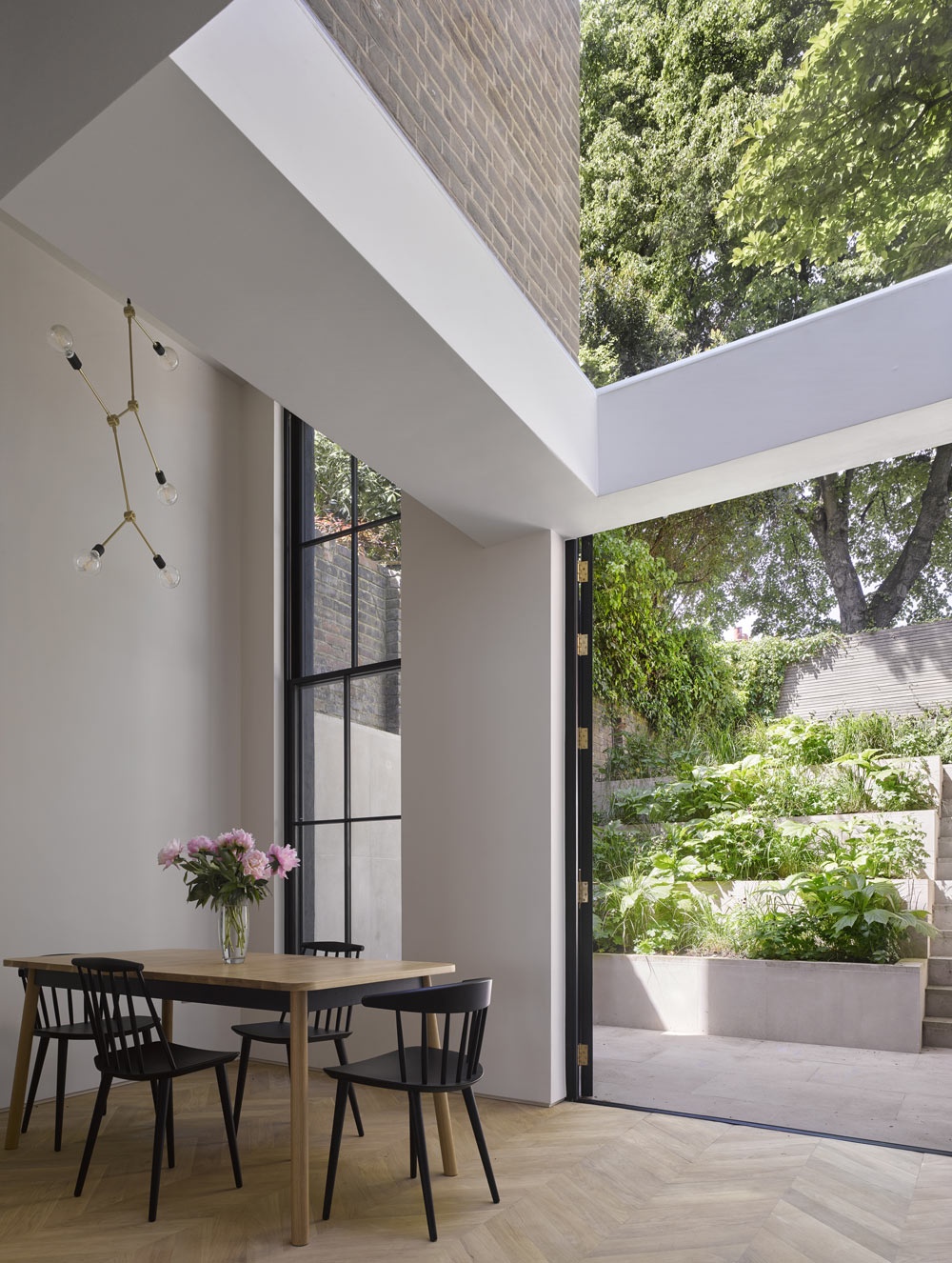 Dominic McKenzie Architects (DMA) is an award-winning practice founded by Dominic McKenzie in 2011. It is based in North London with work frequently published in the UK and internationally. The practice specialises in conceptual, design-led residential work which is simultaneously highly tuned to the history and context of a given building or site. 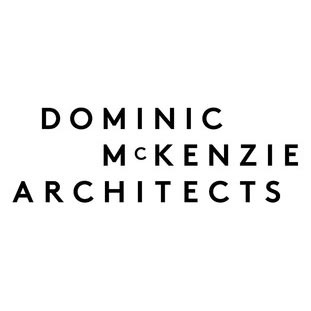 18
www.dominicmckenzie.co.uk
You may also like
Wallpaper* show caption back