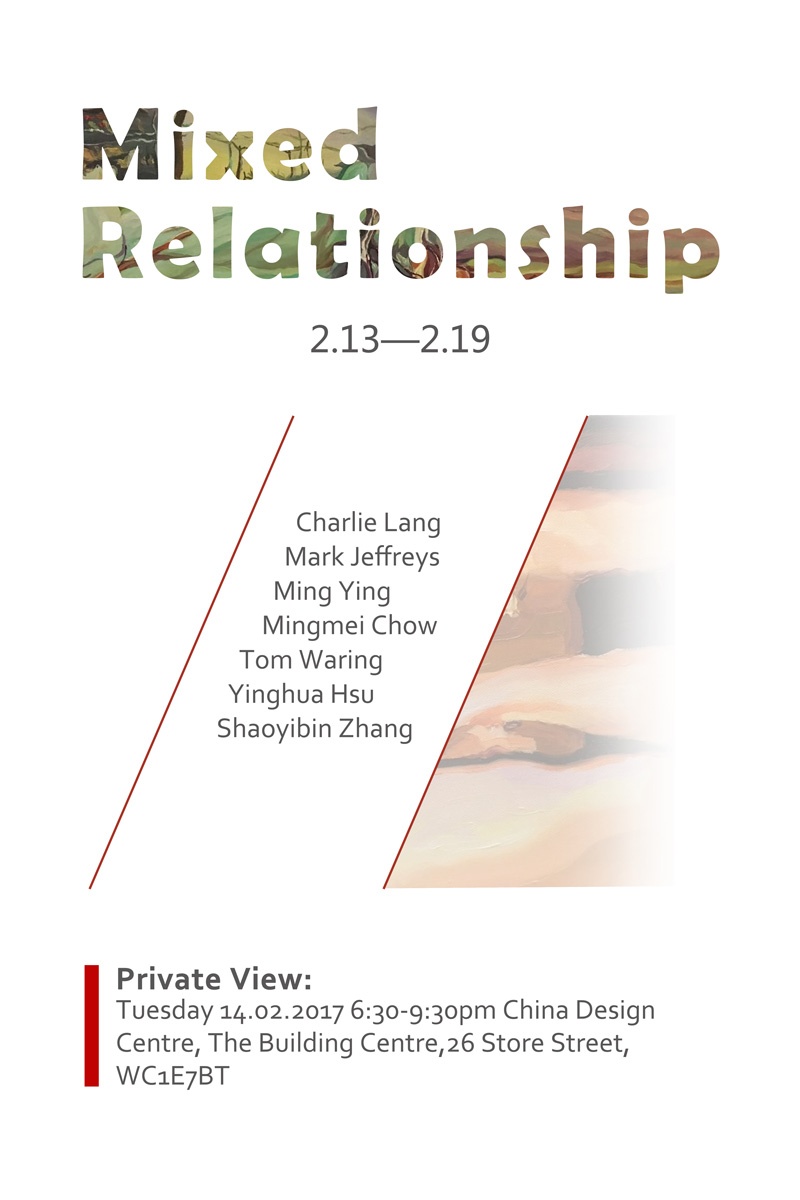 The exhibition is organised by the students from University of the Arts London, the exhibition contains different genres of art. In here, various art forms get combined and release a kind of mixed atmosphere.

Our exhibition topic is “a mixed relationship”, which will see a variety of styles either in the form of the exhibition or in the participants thereof. Most of participants have rich experience in art or have a clear orientation and plan of art development, and besides they have formed relatively mature and distinctive personal art style.

They are talented and enthusiastic to insist on pursuing their art dream, and young as they are, these artists have potentials to become influential and distinguished ones in the future. They come from Britain and China, they meet with each other because of the common dream, although they have diverse culture backgrounds and ideologies which manifest multiple styles of art.

These young artists put their rich experiences into the works which are demonstrated in their ways such as paintings, installations,3D videos and design. Out of those, the painting itself is enough to show figurative and abstract styles. When these different art works are put together, they will generate a mixture and a conflict of diverse arts in such fields as languages, culture and ideology. Viewers can have a brand new feeling and be attracted by this kind of mixture.

The Introduction of some works 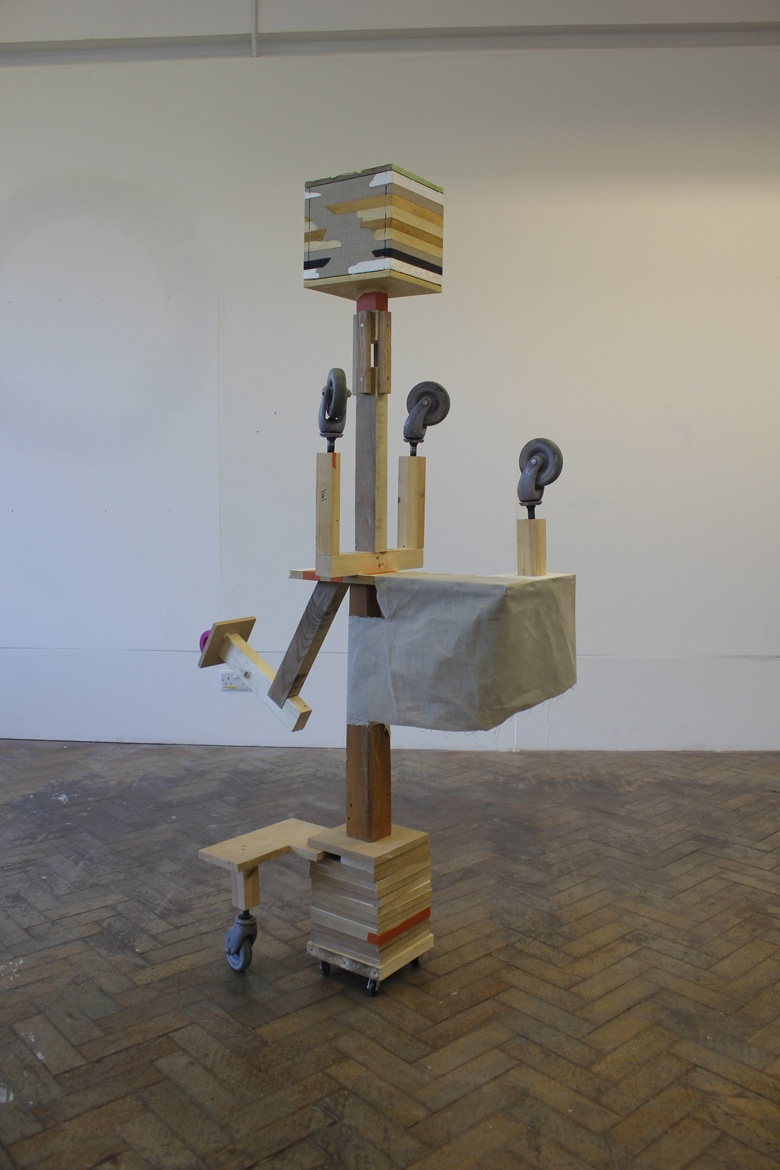 My work questions the basic elements of what a painting is. I expand the object-hood and physicality of painting into the viewers space, to explore it's potential as something beyond its traditional function, ie. a bearer of image. I make rickety recycled wooden bridges between 2D and 3D, between painting and sculpture, to expand on what it means to paint. I'm exploring the idea of these objects being aware of their own state and origin. 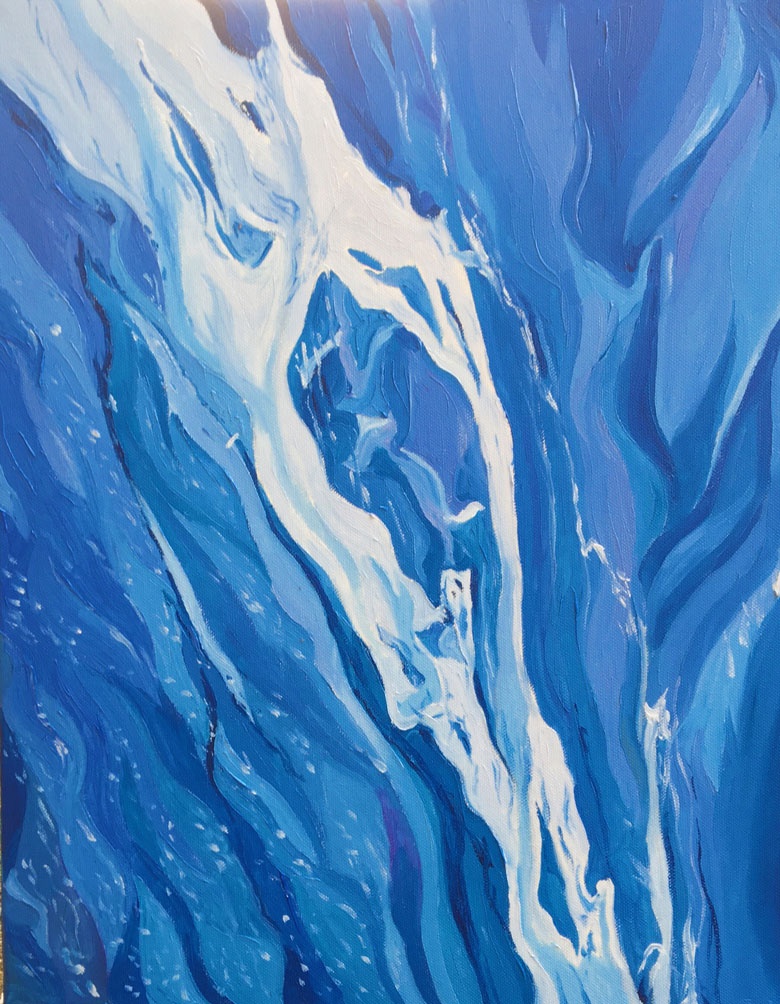 Viewers can experience infinite space and endless imagination from these works. But what is infinite? I would say infinite is zero.(I can say it is zero). When infinite space and imagination extend on the painting, viewer will be immersed into their imaginary spiritual world and forget the time. For them, time stops and only their consciousness exists.As a philosophical point of view mentions, ‘everything is changing, there is no absolute stillness, only relative stillness’. People can get rid of secular rules or complicated life meaning given to them by themselves. When people come to this world as an individual, what is the meaning of people’s existence without numerous materials and secular judgment rules? I want everyone to pursue what they want most, just as what they feel, which is a simple and pure state, through my works. 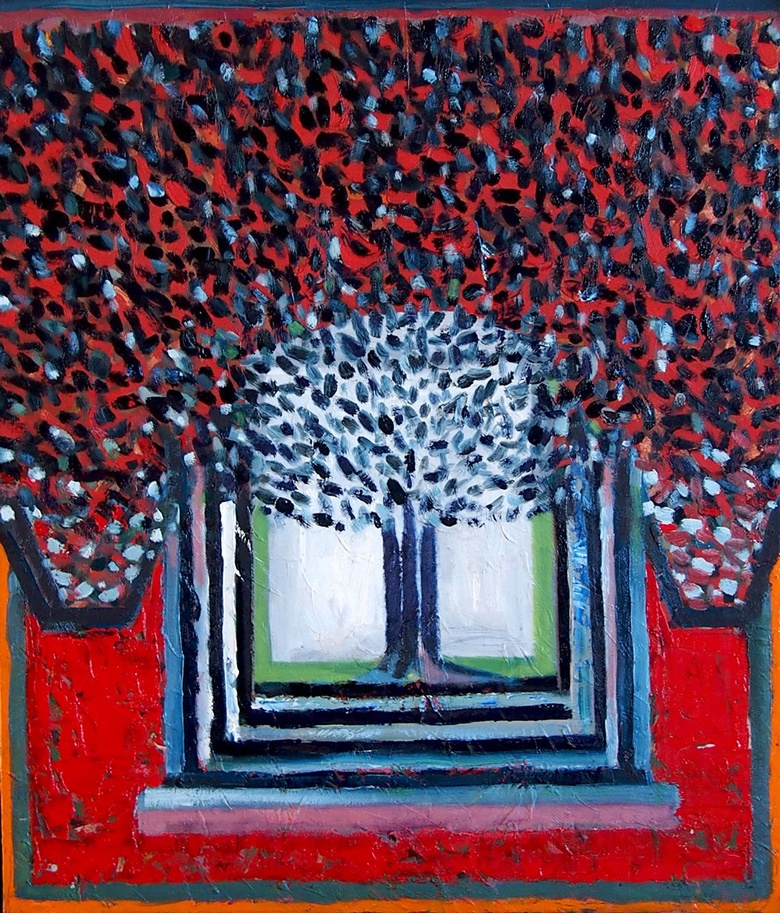 My work is about changes in the landscape due to interventions both explained and unexplainable.

Using photographic and film media, painting, and printing processes I examine how an environment makes me feel, what unknown entities may lurk therein, and how changes within it exert an influence on the observer. I often try to communicate the emotional impact a remembered landscape has on me.

Influenced by the films of Andrei Tarkovsky, landscape art, and psychogeography, I attempt to investigate the boundaries between the natural and artificial world and how we form mental associations to understand those boundaries. I am interested in mystery in nature, scenes which seem otherworldly, human-made environmental change/mutability, the effect of an environment on the individual, and the relationship between the foreground, middle ground, and background in terms of both process and meaning.

My paintings are concerned with the way that nature is orchestrated in our daily lives, often to enhance it’s seemingly ‘natural’ qualities. They are highly detailed and aesthetically driven, as I think many of our encounters with nature today have carefully constructed appearances. Using my experiences of contemporary daily life, urban and rural, I attempt to channel our visual idea of what nature ‘looks like’ into my paintings, exaggerate it, and turn a mirror at the attitude we have towards what is (and isn’t) natural.

These paintings are inspired by environments that have been artificially constructed according to our stereotypedideaof nature as viewed through the humanist lens, i.e. the landscape painting. In these paintings I’ve tried to isolate that abstracted conception of nature, and let go of the urge of traditional landscape compositional models. 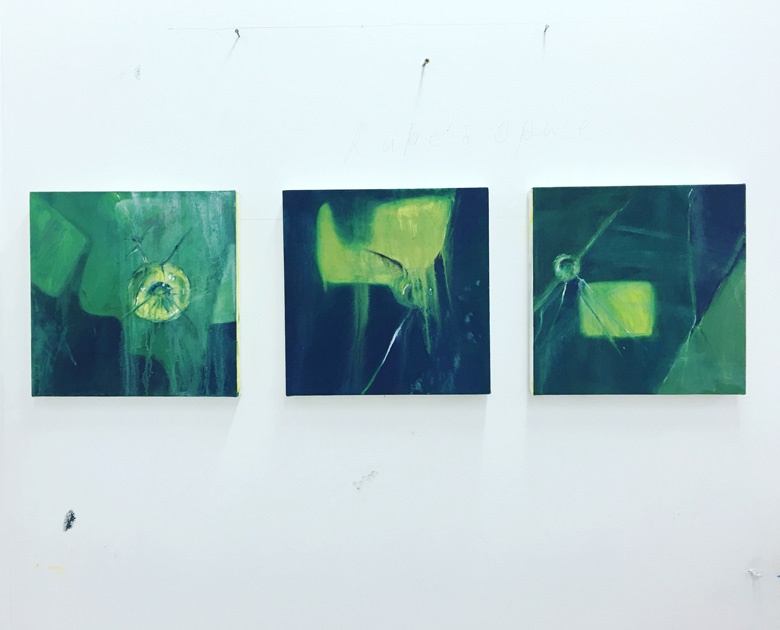 My work is often associated with conceptual art and abstract expressionism. I have been practicing using different kinds of materials and found objects to representing my idea. There are three main ideas behind my work. Firstly is to mourn those people were died in wars by presenting the traces of battle such as bullet marks. Secondly is to show the idea of “rebuild” after attacks by working with photography and collages then transferred into paintings. Finally is to “rethink” about the reasons of having a war and fighting for peace by using found objects such as rusts I found in an abandon house.

We wish these young artists’ works can be more known to the public with the help of the China Design Center, a platform which is advantageous and is helpful with its good geographic location. When the public appreciate art works, they can communicate with the  artists face to face, which will help the viewers better understand the profound meaning and thinking of the art works.