The 2016 China-UK Ideal Town and Garden City Summit took place in London on 26 April. It successfully brought together 30 influential Chinese developers and other property professionals with dozens of UK specialists in master planning, urban design and development. 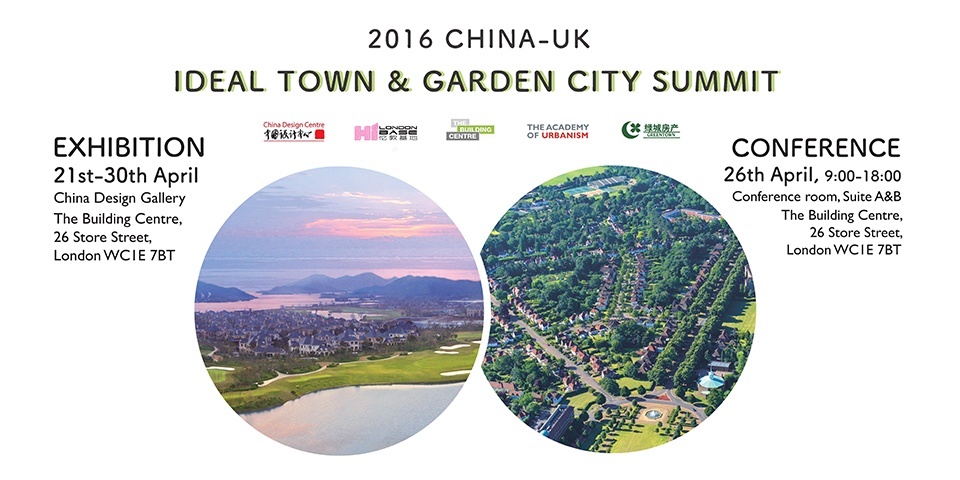 The event responded to China’s national policies, which now promote the development of small towns in response to huge issues of congestion, pollution and lack of facilities in large Chinese cities. The day long summit gave delegates a platform to discuss challenges and opportunities, resulting in UK experts being invited to look at new progressive town projects in Hangzhou and Changzhi Island. 14 speakers, each expert in their field, addressed the delegates and opened the discussions.

Speaking afterwards Qing Sun, who had travelled from China for the event, said, “It successfully built a platform for Chinese and British professionals to discuss challenges and opportunities.  The delegates learnt a lot and looking forward to next year's event”.

Representatives from two of China’s largest development companies attended the conference. Greentown will now take their inspiration from the UK garden city model to set up their long-term management model. The leader of the delegation, Mr. Ke Wang, has visited Letchworth Garden City on 5th May for detailed discussions with David Ames, director of Letchworth Garden City Heritage Foundation.

China Vanke, China’s largest residential developer, was impressed by the contributions, including London architects Hawkins\Brown and Pollard Thomas Edwards, and is considering collaborations with both practices. The Chinese delegates were also very interested in the Town and Country Planning Association’s (TCPA) garden city design and management guidance. China Design Centre will assist Greentown to talk to TCPA and establish the collaboration.

Stephen George, Senior Planner, Planning Policy, Bath and North East Somerset said the speakers presented an inspiring and thought provoking event that captured the essence of UK garden cities. “The Summit revealed how the founding principles continue to be of such relevance.  The investment in high quality, evident throughout community engagement, construction and design, and on-going stewardship, is clearly a key ingredient to the enduring success of place.”