You are here, the objects are here, yet this state of being: away. Not here, non-existence. This overhanging absence functions like an equalizer. The thing that is absent renders the remainder all the same. Space, body and garment all aligned, merged and disassembled.

Zhujing Jiang’s garments are reactions to space rather than people. Not a cover for the body but a structure inhabited only randomly, only by force. For Une Yea, the toile was never finished, her paper shapes are not white but un-coloured: full of the potential of the not-yet. In this exhibition, we see where absence leaves fashion: un-peopled un-finished—un-fashioned. Without a wearer, the status of the garment is put into question, no function, a different function, all the other functions. The potential of that which remains as a consequence of absence, in process: dangerous, unpredictable, sensitive.

Finish functions like a thick layer of varnish on a wooden surface: to suffocate or mute affective and subversive potentials; to repress the stories and parallel realities contained in objects. These clothes don’t need you; you are their absentee. 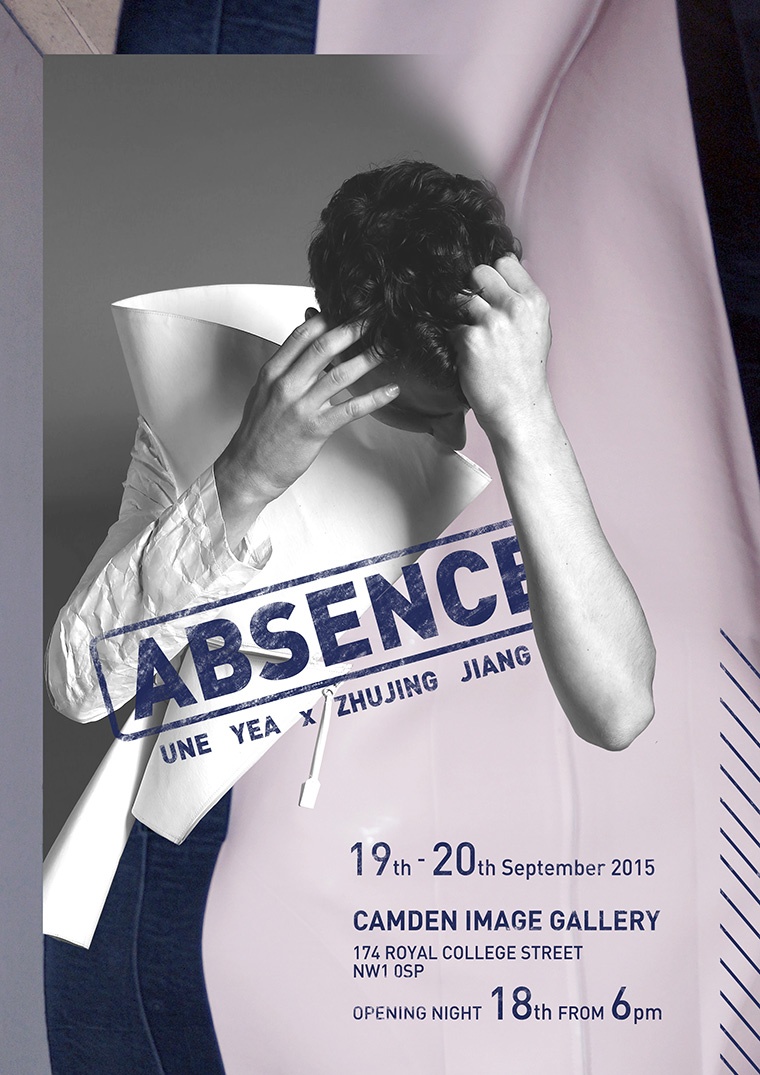 Zhujing Jiang is a womenswear designer from China. After graduated from Tsinghua University in Beijing, she got her MA degree in Royal College of Art in 2015. Her background in painting has allowed her to think of garments in a similar way, unique objects, auratic and part of a narrative. In her designs, she imagines different worlds, imagines how to map and make material those things that are not: memories, affective landscapes, light and shadow. As a result, her clothes are at once dreamlike and of an almost architectural materiality, ephemeral, elegant, hard.

Originally from China, graduated from Royal College of Art, Une Yea designs accessories, but is also a designer of nothing at all, of armour and attitude. In her practice, she explores the boundaries of what an accessory can be. She has collaborated with Yang Cai to design bags like tortoise shells, like cars, and with James Wilkie to make a wearable instrument. Humans come mechanics; objects come alive. Her questions are aggressive but inherently open-ended: what is a fashion object, what does it mean to wear, can you wear sound, wear light?